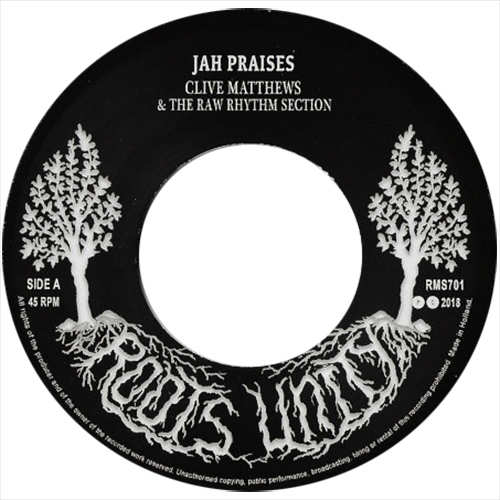 One of the most underrated artists from Jamaica, Clive Matthews, has a long career starting back in the mid ’70s. Since he started working with Spanish producer Roberto Sánchez, he got more recognition in Europe and released an acclaimed debut album (Jah Live – 2018) and several noteworthy 7″ and 12″ singles.

Clive Matthews’ first recording was the nice and chunky single My Girl Has Gone, released on the Percival label, and recorded at Dynamic Sound with the Now Generation Band. Producers Norman “Fox Fire” Vassell and the late Clinton “Percival” Williams started to work with Clive Matthews in the late ’70s, which led to the recordings of a few real killer roots tunes. These included Big Brown Eyes, a tune with tough horns, which was so well received and popular that it was re-cut in the early ’80s in a more rub-a-dub style! Other releases included Apology, Am Going Home, and Jah Guide. The latter is classic roots originally released only on a UK 12″ single on the Ethnic Fight label.

One of Clive Matthews’ most recent works is a new roots vocal cut across an incredibly energized steppers riddim, which was recorded at Earth Works studio in The Netherlands and produced by Roots Unity (Nga Han, Rapha Pico, The Higher Notes). Backed by The Raw Rhythm Section (bass – Uta Maruanaya; drums – Bunnington Judah; piano – Art Man), Clive Matthews delivers a spiritual anthem that fires on all cylinders. The other side treats the listener to the downright damaging Raw Dub which simply needs to be played at high volume.