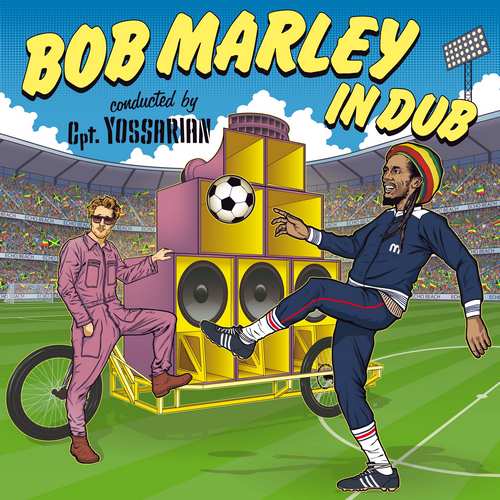 The original record from which the dubs on this album derive – Bob by Kapelle So&So feat. Cpt. Yossarian – was recorded in 2020, the year of Bob Marley´s 75th birthday. The dub versions naturally lead on the abstract that was introduced by the uncommon orchestration by muting or emphasizing single instruments and sending them into the sonic orbit. The melody itself is almost completely left out. Nevertheless one never loses one´s orientation since the defining elements of the songs alternate skillfully, vanishing in clouds of reverb, losing themselves in echo feedbacks and then popping up again, guiding us through the song. Despite being focused mainly on bass and drums you will catch yourself singing along Marley´s part more than once thereby proving the profound impact of this divine music on our souls and our common musical knowledge.

Bob Marley In Dub is the abstract of an abstract and still manages to transport the heart and soul inherent of the music. With all due respect to the original, Cpt. Yossarian manages to illuminate nuances of the material yet unheard and takes us on a trip through his conception of this otherwise well known material. Following the tradition of the pioneers of dub music like King Tubby, Lee “Scratch” Perry, and Scientist, he uses his mixing desk, a couple of studio effects and whatever odd sounding kids toys to present the listener his approach to a musical genre that defined so many styles of music that followed.