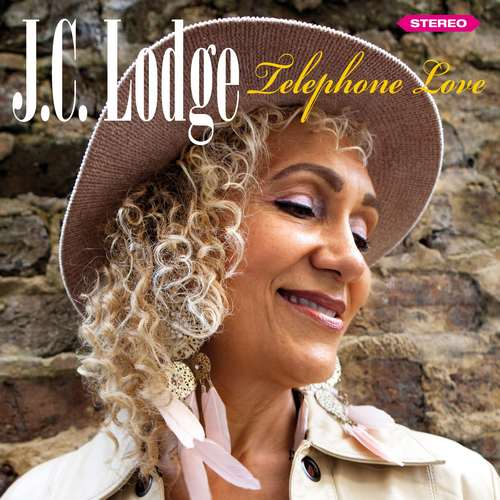 J.C. Lodge is best known for her mellifluous interpretation of Charly Pride’s Someone Loves You Honey. Joe Gibbs released it as a 7 inch single and as a 12-inch disco-mix in combination with a deejay version –One Time Daughter– from George Nooks as Prince Mohammed in 1980. The record was a worldwide massive reggae hit. In the mid 1980s, she teamed up with Gussie Clarke. When he opened his state-of-the-art Music Works studio he began pouring out numerous computer-driven hits. JC recorded two successful albums for Gussie, with tracks mostly penned by songsmith Mikey Bennett. From that time a prolific period began, with several albums and hit listings. With producer Danny Ray, she recorded two popular albums, Reggae Country in 2002 and Reggae Country 2 in 2004. Currently working as a school teacher, she immediately responded enthusiastically when Delroy Williams approached her for the Storybook Revisted project.

On the album she revisits and revitalizes songs, not only from her impeccable back catalog, but also other artists’ greatest hits. As expected, the backing band, Delroy Williams Junction Band, delivers the appropriate backdrop for JC’s classy and sweet vocal delivery, which still sounds as fresh and crisp as before. Of course her own hits immediately stand out, the digi hits Telephone Love and Selfish Lover, but also Someone Loves You Honey. The self-written I Just Can’t Forget You is a nice, swinging tune.

Her rendition of Leo Sayer’s hit More Than I Can Say was very popular in Europe, which is why this tune can also be found here. For her 1984 album Revealed she recorded a cover of the Bee Gees’ classic To Love Somebody, it’s also included here. Also present are two Lennon/McCartney covers. Both songs are performed by JC in uptempo versions, which means that something of the quality of the original is lost.

The album also features a few Jamaican classics. Take for example her tasty version of Norma Frazer’s First Cut Is The Deepest, but also Lorna Bennett’s Breakfast In Bed is a must! We are a little less pleased with My Boy Lollipop, Millie Small’s performance is absolutely unbeatable. On the other hand, we are delighted with her version of Bob Marley’s Satisfy My Soul, beautifully arranged with JC’s voice fitting in perfectly.