Rapha Pico & The Noble Chanters – The Glory Of Dub

Rapha Pico & The Noble Chanters – The Glory Of Dub 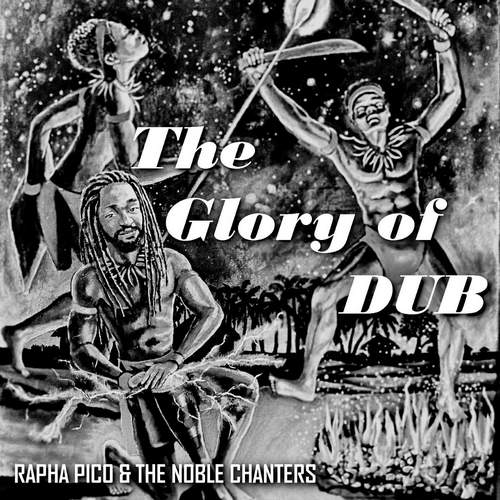 About six months after the release of Rapha Pico & TheNoble Chanters’ Continue The Glory, which brought the listener masterful roots reggae music with a strong emphasis on conscious lyrics, its dub companion is now out on the streets.

Produced by Rapha Pico & Noble Chanters Productions and expertly mixed by Uta ‘Roots Unity’ alongside Lukie Roots at Lukie Roots Studio (Arnhem, the Netherlands) and Roots Unity Studio (Tiel, the Netherlands), The Glory Of Dub is as strong and equally appealing as the vocal set. The six wonderful dubbed out versions of the vocal counterparts are potentially great efforts and thus a real joy to listen to. Quality-wise this set is simply a stellar collection of dub works… nothing to complain about. It’s really good the vocals haven’t been left out of the mix completely and gimmicky effects have been avoided. In doing so the spirit and vibes of the original recordings have been retained. All in all, it provides a sense of consistency, whilst also fulfilling dub music’s core aims – the bass, always the bass!

Would be a treat for any modern roots fan if the vocal and dub sets could be brought together on one album – cd and/or dbl vinyl set – but for now they remain separate releases, both available on LP and as digital download.