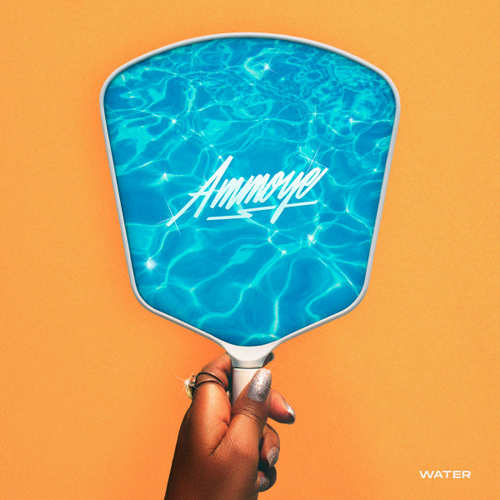 On her new album titled Water, Canada-based Jamaican female vocalist Ammoye treats the listener to an eclectic mix of Reggae, Electronics, Rocksteady, Dancehall, Dubstep with Gospel, Soul, and R&B, a melting pot of musical stew you could say. Because the sweet-voiced songstress, who’s a five-time Juno-nominee, infuses different genres in her Reggae music, she’s called a ‘Reggae-fusion’ artist and her music is filed under ‘World Music’.

The album gets started with the lead single entitled Journey Home. The opening track comes with a real nice island vibe, complemented by electronic effects and guest vocals from Lord Sassafrass, best known as a Reggae/Dancehall deejay with the Black Scorpio Sound System. It’s followed by Bad Behaviour, an intoxicating message tune with hit potential that urges you to move your dancing feet. Bad Behaviour is an inspiring song that deals with personal empowerment, a theme that is also touched in the strong track Give It All. The compelling On The Dock, a personal favourite, is underpinned by a downright gorgeous Rocksteady backdrop. The solid Remedy, which is about healing and clearing, comes across an echo-laden reggae riddim, while the album closer Freedom, featuring ex Burning spear guitarist and musical arranger Gillie Genesis, is solely driven by percussion work.

Water features a who’s who of the contemporary international reggae scene with contributions from Toronto’s own DJ Agile and Danny Maestro, The Senior Allstars from Germany, Thomas Blondet from Brooklyn, Adian Hanson Donsome of NYC’s Donsome Records and the legendary Lord SassaFras, as well as production from Natural High and executive production, mastering and sound engineering from Tandra Lytes Jhagroo, both based in Jamaica.

It’s Ammoye’s infectious voice and thought-provoking songs that make this album worth hearing, although Reggae purists won’t like every track, if not all of the tracks.