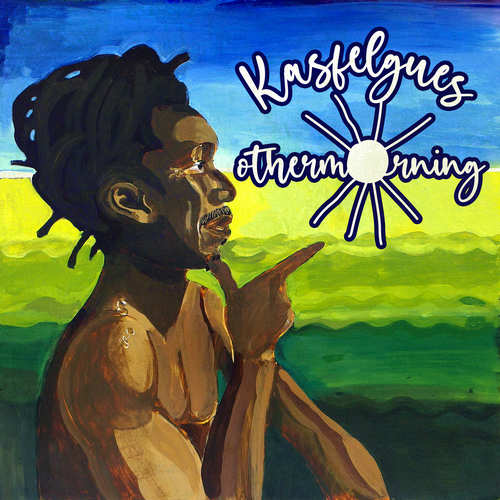 Kassoum Coulibaly aka Kasfelgues, an autodidact multi-instrumentalist, author, composer, and singer from the Ivory Coast, has released an album of authentic reggae roots music mixed with African melodies. Titled Other Morning features ten vocal tracks full of consciousness dealing with themes like tolerance, love, and peace. which are are the foundations of our civilization. This is the message that Kasfelgues wants to spread with his music.

Since the 1990s, Kasfelgues is involved in African music. He started playing as drummer in a local orchestra in his birthplace Ferké, located in the north of Ivory Coast and had his first album Felguessi released in 2008. When the crisis had emerged in Ivory Coast, Kasfelgues denounced abuses from the government and from the rebellion, and decided to relocate to Burkina Faso and then to France where his musical journey continued on the French reggae stages and festivals.

On this new Afro-reggae album, Kasfelgues worked with the esteemed Manjul whom he met in 2009 in Bamako, Mali, in his well known recording studio Humble Ark. Eleven years later links are still as strong as they used to be and Manjul is offering here a beautiful collaboration by means of dub percussions and mix. On the ten vocal tracks from his new album Other Morning, Kasfelgues turns out to be positive person and a realist. Obviously, his music is driven by his African roots and thus can be regarded as an hymn for Africa. He speaks about the African continent with songs in French, Mooré (language from Burkina Faso), in Sénoufo (from north of Ivory Coast), in Dioula and English. The last four tracks on the album are worthwhile dubs done by French-malian musician, arranger and producer Julien Souletie aka Manjul.

If you’re a fan of authentic Afro-reggae, you can’t ignore this Kasfelgues’ Other Morning.