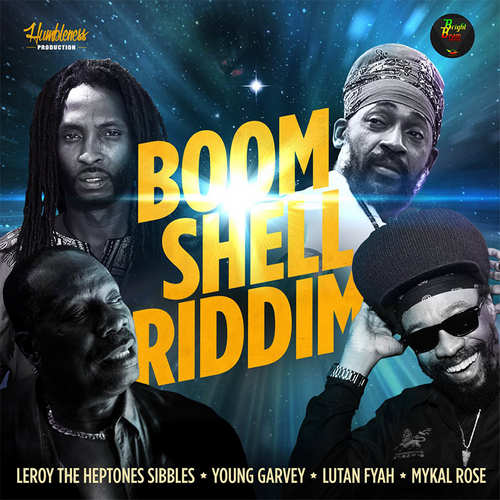 Jeh Lion of young French label Humbleness Production – known from 2017 Rebel Warrior Riddim – was involved in organizing Leroy Sibbles’ European tour at the end of 2020. Unfortunately the tour had to be cancelled due to the pandemic. It was then that the veteran reggae artist/musician/producer gave Jeh Lion an exclusive riddim track, which was composed by himself and then laid down by some of the best Jamaican musicians – Leroy Sibbles on bass, Kingsley Boyd on drums, Donavan Palmer on keyboard and the late Dalton Brownie on guitar. It marked the start of successively releasing four original singles and their dub versions by Humbleness Productions, in the purest Jamaican Reggae tradition.

Four artists voiced a cut for the Boom Shell Riddim as the backdrop was called with, of course, Leroy ‘Heptone’ Sibbles being the one who started the release of a series of singles in January 2021 with the song Pretty Brown Eyed Girl. In his inimitable singing style, Leroy Sibbles pays homage to women and sweeps aside the cliché of a misogynist Jamaica. Then, in February, came the single Street’s No More by Grammy award-winning Mykal Rose, the former lead vocalist of successful 1980s reggae trio Black Uhuru. Street’s No More is a strong message tune with the vocalist singing in his well-known Waterhouse style. In May, it was the entertaining Use Weh She Got by emerging Jamaican artist Young Garvey (protégé of Leroy Sibbles) that hit the street. In October, the series was completed by Lutan Fyah, who invokes the golden age of Jamaican reggae in his single Rub A Dub Style. As mentioned, the vocals were accompanied by their respective dub versions.

And now, towards the end of the year 2021, Humbleness Production comes with the release of the Boom Shell Riddim EP, which brings together all the vocal cuts and dub versions in one place.