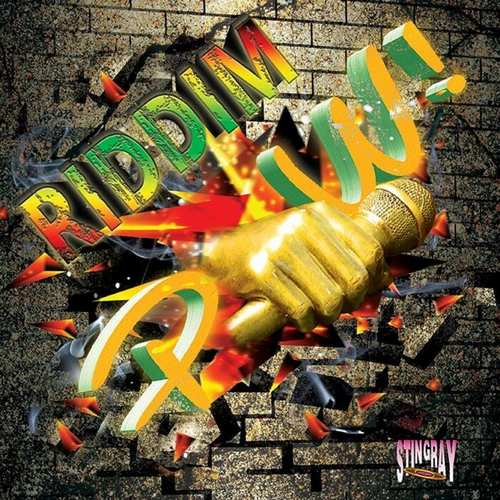 The McLeod brothers’ fully equipped recording studio and record label Stingray Records, based in the West London suburb of Perivale, has been at the hub of reggae action in the UK since it was opened in the mid-’90s. Over the years, they steadily built a reputation for producing unique ‘Yard Style’ mixing technique outside Jamaica, and many gems by the best UK performers as well as high profile artists from Jamaica were produced and released. Working with musicians of the finest calibre also ensured that they were able to voice artists on high quality riddims. After the earlier this year released Dig You Riddim and Believer In love Riddim, Stingray is back with a brand new project entitled Riddim Pow!.

In typical Stingray fashion, this pleasant sounding roots reggae riddim with its wicked bass line and silky saxophone licks makes for an entertaining riddim set. One of the nicest aspects of this collection of tunes is just how varied the artists voicing it are. Most remarkable is the presence of reggae veterans Little Roy and The Heptones, although it’s not clear of whom the latter consists – Leroy Sibbles definitely isn’t involved. The opener, the So Secure, a huge collab between Prince Malachi and Louie Culture, not only sees the former putting his rich vocals on full display, but also shows that the vocal styles of the singer and singjay blend perfectly well together. At the age of 16, Earl Lowe aka Little Roy had his first number one hit in 1969 with Bongo Nyah for Lloyd “Matador” Daley. More than 40 years later he teamed up with young songstress Cassandra London to both shine on the beautiful lover’s lament On My Own. Next comes the solid Why Can’t We by The Heptones, in which they ask why can’t we live in love and perfect harmony, which is followed by How Could I by The Rasites, who lit up the roots market in 2001 with their debut album Urban Regeneration, but unfortunately didn’t manage to achieve a big international breakthrough. With the irresistible spiritual tune How Could I The Rasites once again show that they’re capable of delivering outstanding songs. Kingston-born Tenna Star, a singer and songwriter who is well reputed for his powerful vocals, delivers an uplifting song titled Just Believe. Before Claire Angel nicely rounds off with the lover’s song Feel Like, it’s Errol Bonnick, former lead vocalist of the reggae band Live Wyya, whose powerful, commanding voice comes to the fore in the captivating roots tune What I Would To Love See.

Riddim Pow! is a really nice soul soothing reggae project to usher in the holidays and the new year with!

The Rasites – How Could I