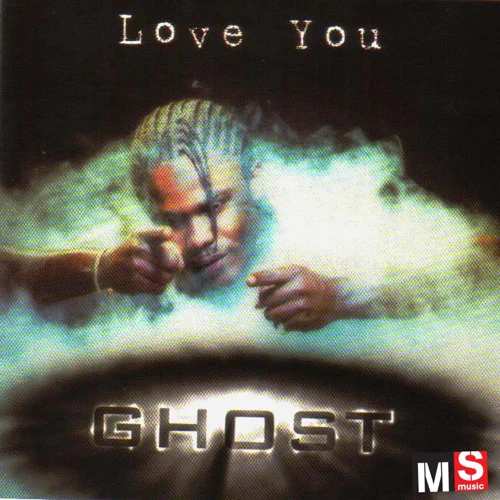 This Christmas, veteran reggae-dancehall singer Ghost gave his fans a special gift. He remastered his 2000 album Love You and re-released it digitally on December 24th.

Although not everyone is overly fond of the haunting voice of Jamaican singer Ghost one cannot deny that this singer has made some serious impact in the dancehalls in the 1990s. In 1998 his self-produced rework of Paul Simon’s classic You Can Call Me Al, entitled Bodyguard and also featured on this set, was released as a single and – after being a huge underground smash – became a pop crossover hit in the UK. Through this tune, Ghost established himself as the “nice guy of Reggae”, whose unique trademark of haunting melody, dazzling command of notes and magnificent display for range would bring him a massive breakthrough.

Love You is Ghost’s second solo album, the follow up to the Slowly set which was released at the beggining of the ’90s. In between he contributed to the Monster Party album, due to being a member of the Monster Shack Crew. The Love You set contains many of the hits that have contributed to the profile Ghost commanded in the dancehalls. Next to the aforementioned Bodyguard this album features also cover versions of Paul Simon’s Diamond Gal, Cher’s I Believe, Air Supply’s Nothing At All, Elvis Presley’s Now Or Never and Prince’s 1999 – with Ghost being accompanied by Red Rat, Roundhead, Spragga Benz, Nadine Sutherland, Scandal, High Plains Drifter and General B to name but a few. Spinning Ghost’s interpretations of the originals it is obvious that he has the ability to select just the right tunes to cover. However, some self-penned material on this album proves he is also a talented songwriter himself as for example fully expressed in the excellent title track Love You and the wicked Your Memories, delivered over the Timeless riddim for fellow artist and producer Goofy. Other producers involved are Salaam Remi (Hot Ice), Computer Paul (Boot Camp), Patrick Roberts (Shocking Vibes) Colin Walter (Collin Fatta) and Carlton Hylton aka Ghost (Monster Shack Music).

If you’re looking for a mainly lovers-oriented album with a dancehall vibe, Ghost’s Love You is definitely one to check out!