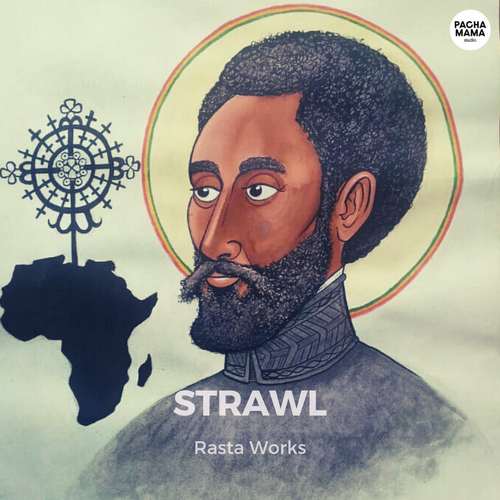 Entering 2022, we were pleasantly surprised by the new release of Strawl, Rasta Works and the dub version of that song. A few years ago we reviewed his album A Luta Continua, a set of strictly roots and culture tunes across bass-driven hypnotical riddims.
This latest effort is a digital release, the first of 4 singles leading up to Strawl’s 3rd album in May this year. Strawl is a reggae veteran who has worked with legends from the golden age of reggae including Earl 16, Prince Alla, Sylford Walker & The Viceroys as well as new generation artists such as Kabaka Pyramid, Ziggi Recado, Derajah & Norrisman. Strawl has performed more than 200 live shows at home and abroad and is known for its warm, deep voice and energetic performances.

The single was released by Pacha Mama Soundsytem from Den Bosch, The Netherlands. Since its inception, this collective has focused on infusing cultural and inspirational vibes into their musical work, which largely takes place in their own studio. Cartes Selah and Giel van Gaal are mainly engaged in production, mixing, and recording. Technical man is Wouter Ebben.

As expected, Strawl’s new effort lyrically is a deep cultural expression of the man’s values and convictions. It is immediately clear what he is talking about: “Rasta works are no joke, Don’t let no one break your joy, Or try fe destroy, Selassie I work we come employ”. After a few listens, the tune evoked memories of Bob Andy’s 1987 tune You Think It’s a Joke, which can be taken as a compliment! The catchy riddim -all live instruments- is a perfect backdrop for his warm and strong voice. To our satisfaction, there is also a dub part. The fragments of vocals brighten up this traditional and relaxed dub version and features Rootsman Sax & Vale.