Various – From Jamaica To Paris

Various – From Jamaica To Paris 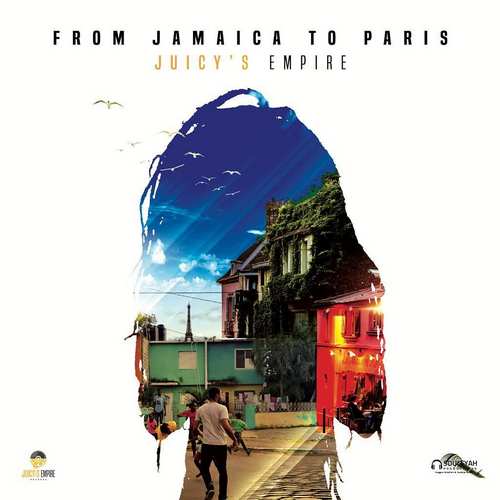 About one month after its digital format release on all download and streaming platforms, Pierre Guivenson aka Guiven led Juicy’s Empire Records from Paris has released the CD of the 12-track compilation set From Jamaica To Paris on February 4, 2022.

Pierre Guivenson was born in Belladère, Haiti, where he grew up and formed his first music group Juicy Sound in 1995 with his childhood friends. Later, he moved to the Dominican Republic, where he discovered the nightlife and the musical universe. Very quickly he ventured into DJing, and, particularly fond of Caribbean music, revealed certain talents as a dancer. Mixin in nightclubs and hotels improved his skills on the decks. In 2004, he relocated to Paris, where he continued DJing and then, along with Emilie Reggae, created Juicy Sound Music in 2009 followed by organizing events in order to promote artists and bring their music to life. Big names in reggae dancehall such as Queen Omega, Anthony B or even Jah Mason were presented at events he organized. His next step was the creation of the Juicy’s Empire label in 2018, which took off with the release of Straika D’s single Bienvenue À Toi and Tiwony’s single Gratitude.

Both singles are featured on the label’s first full-length album release which is aptly titled From Jamaica To Paris as it includes tracks voiced by six international reggae stars – five Jamaican and one Trinidadian – and as much French artists. By doing so, it’s obvious that Juicy’s Empire Records tries to wake the interest of the French reggae fan as well as to reach out to fans on a global scale. Perfect Giddimani is featured on no less than three tracks of which one is done in collaboration with Queen Omega, The names of Anthony B, Tiwony, and Guive grace the credits of two tracks. Best efforts are Journey, the collab between Queen Omega and Perfect Giddimani, Lutan Fyah’s Watch The Signs, and Jah Mason’s Wise Up. Not being very familiar with lyrics in French makes it a bit difficult to judge the songs of the French artists. However, musically and vocally  Straika D’s Bienvenue À Toi (Welcome to you), and Guive’s Comme Par Magie (As if by magic) are sounding really nice.