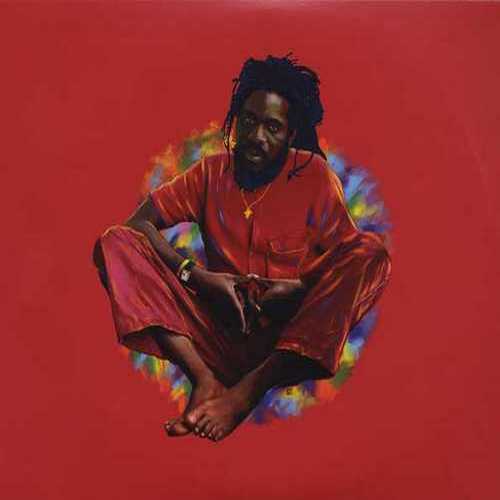 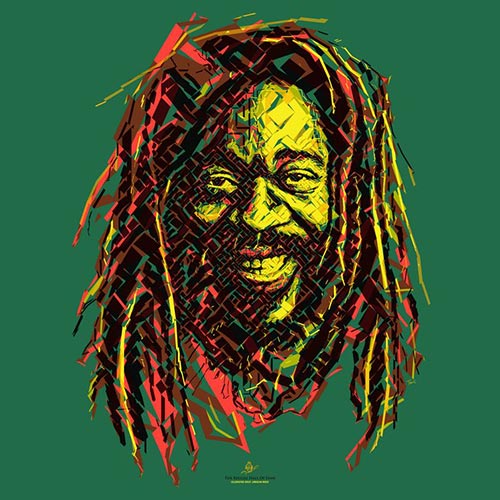 Dennis Brown has to be considered one of the most prolific and popular reggae artists ever. He was born in 1956 and started recording for producer Coxsone Dodd, while still in his childhood. Several singles and the two albums “No Man Is An Island” and “If I Follow My Heart” were the result. In the 70s and early 80s he established himself as a major force in reggae music with numerous roots and lovers cuts for several leading producers. Throughout his three decades spanning career he has delivered about 80 albums, compilation sets included – he has always continued to win new fans and please old ones with his music.

So, it’s no wonder Dennis Brown has been called one of the most dependable performers in reggae. In fact, the late great Bob Marley referred to him as his favourite singer, which is quite a compliment. In the nineties he remained a name always worth watching out for. He passed away on July 1st, 1999. A whole generation of Jamaicans and reggae fans literally grew up with his music. A devout Rastafarian and a member of the Twelve Tribes of Israel Organization, Dennis Brown was a musical genius who’s still dearly missed. No doubt Dennis Brown (also known as the Crown Prince of Reggae Music) was one of Jamaica’s sweet-voiced singers, who has never limited himself to one style. Whether it is lovers rock, roots & culture or dancehall music, he truly could handle it all.

Now, 17 years after his untimely death, VP releases an exquisite tribute double album with 30 Dennis Brown tracks covered by an impressive array of artists, including a few veterans and several contemporary and up-and-coming youngsters. Clive Hunt, the producer, arranger and multi-instrumentalist who has worked a lot with Dennis (he was largely responsible for the 1981 album “Foul Play”), was the right choice for producing and arranging this extensive project. The backing band features the cream of the crop of JA musicians: Lamont “Monty” Savory, Kirk Bennett, Aeion Hoilett, Franklin “Bubbla” Waul, Carol “Bowie” McLauglin, Tyrone Downie, Bongo Herman, Daniel “Axe Man” Thompson, Dean Fraser, and Nambo Robinson. Disc 1 represents Dennis’ social commentary and devotion as a Rasta, while disc 2 shines on his lovers rock oeuvre. Each disc ends with an instrumental song.

The choice of tunes is very interesting. Not only the big hits like “Money In My Pocket” (the song that would give the Crown Prince of Reggae his only chart success outside of the reggae world) and “Have You Ever” (do check out the awesome version by Marsha Ambrosius!) are included here, but also lesser known gems are being performed. We love the fact that many tunes are presented in an extended mix, vocal followed by dub/instrumental. The collection opens in great style with “Rasta Children” (from the 1979 album “Words Of Wisdom”) and features an impressive singers collective including Iba Mahr, Jesse Royal, Chronixx, Keznamdi, Exco Levi, Kelissa, Jahmiel, Kabaka Pyramid & Rockaz Elements. Fyah burning! Marla Brown, one of Dennis’ daughters, brilliantly reworks “Words Of Wisdom” with the help of dub-poet Mutabaruka. One of our Dennis Brown favourites is “Don’t Want To Be No General”, written and produced by Dennis himself in 1980. Bushman’s version gets very close to the power level of the original tune! Jamaica’s new generation of roots, rock, reggae music performers, Raging Fyah, deliver a strong effort with their interpretation of “Milk And Honey”, originally recorded by the In Crowd and produced by Clive Hunt. Early this year songstress Jah9 caused a stir with her rendition of “Bloody City”. The original 1980 cut (with Aswad backing) was produced by Earl “Chinna” Smith and remains one of those rare Dennis Brown gems! “Created By The Father” is the Studio One classic updated by Christopher Ellis, a nice effort in this flawless selection.

The Green from Hawaii licks “Promised Land” superbly! A few years back Chino released a top-notch cover of Dennis’ “So Long Rastafari”, here he surprises with his interpretation of “Melting Pot”. Reggae vet Mykal Rose had his greatest moments (with Black Uhuru) the same time Dennis Brown was riding the reggae charts. In his own unique style he covers the Studio One classic “Easy Take It Easy”. From the 1982 crossover album “Love Has Found It’s Way” comes the title track Love Has Found Its Way brought inna fine duet style by Jamelody with the help of Ikaya. The promising band No-Maddz reworks “Rocking Time” into a song of their own, sweet but with Dennis’ spirit shining through, one of the many highlights here! Etana produces the right vibes with her rendition of “Should I” while “Ghetto Girl”, one of Dennis’ early hits gets a nice do-over from Jah Cure. Freddie McGregor was one of Dennis’ musical colleagues and a true friend, and in 1985 they scored big with the combination tune “Raggamuffin”. Here he presents his quality version of “Little Village”.

Conclusion This albums proves once more what a fantastic writer and artist Dennis Brown was. Quality tribute set!