Dancehall Explosion : Reggae Music Into The Next Millennium 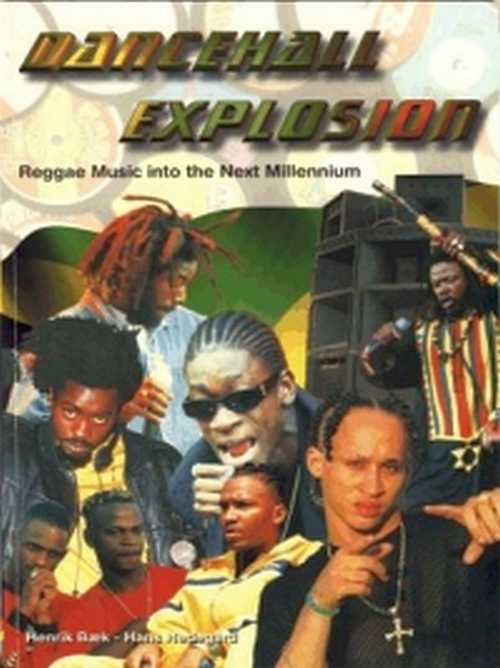 DANCEHALL EXPLOSION : REGGAE MUSIC INTO THE NEXT MILLENNIUM

Author Henrik Bæk and photographer Hans Hedegård, both from Denmark, Europe, share their passion for reggae music. Henrik, an educated lawyer, has been into reggae music since 1980. In 1987 he started doing radio shows, founding the popular “Cool Runnings Reggae Radio Show”. He hosted shows on both independent local radio stations and the Danish national radio “DR” for over a decade. During the period of 1989 – 1993 he owned the shop “Reggae Music” in Copenhagen and ran the first reggae label in Denmark “Reggae Music International”. Since 1992 he has also worked as a freelance journalist for a variety of music magazines, writing articles about reggae music and doing interviews with several reggae artists.

Hans Hedegård’s interest in reggae music began back in 1968. During the period 1980 – 1984 he imported reggae music, selling it from a shop called “Black Music” – the first shop in Denmark to specialise in reggae music. Hans held the first real Sound System in Copenhagen, Denmark, in 1982, which turned out to be a great success. He has been to Jamaica over 10 times since 1979, and in 1995 he once again started to import and distribute reggae on a regular basis. In 1998 he succeeded in selling nearly as much reggae music in Denmark as in the heyday of the late Bob Marley.

Both reggae fans have combined their individual talent to provide a book featuring a detailed introduction to the Jamaican reggae dancehall scene focusing interest on the recording studios, performers, night clubs, record stores, radio stations, to name just a few topics. This book, illustrated on every page in full colour, takes you on a hot musical journey through areas in Kingston and other parts of Jamaica, where dancehall music is born and changes daily. The photos, including many rare ones, are truly great… a real feast for the eyes of any reggae fan. Worth mentioning are those who provide a glimpse of the 45s manufacturing at Tuff Gong, the Sound Systems and street life.

Also nicely done is the addition of 42 covers of albums that were released in the second half of the nineties. Besides alot of photos the 76 pages of the book feature short but informative text, bringing the reader the most important information needed to understand the vibes of Jamaican dancehall music. In contrast with most other books that deal with this theme, you don’t get an in-depth study of the dancehall phenomenon, which might disappointed the reggae (dancehall) connoisseur. But don’t let this lead you astray, because this book is truly worthwhile purchasing, particularly for those who want to have a decent impression in the roots of today’s dancehall music. Highly recommended!!