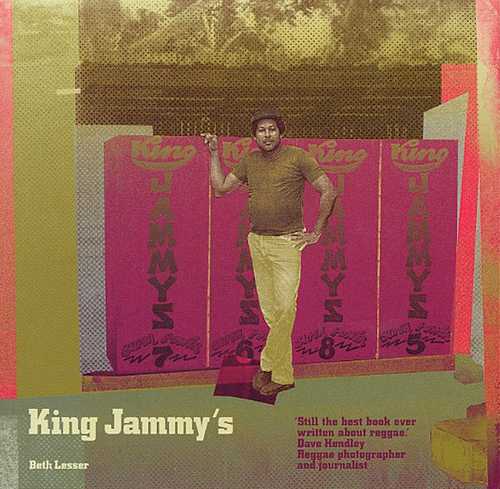 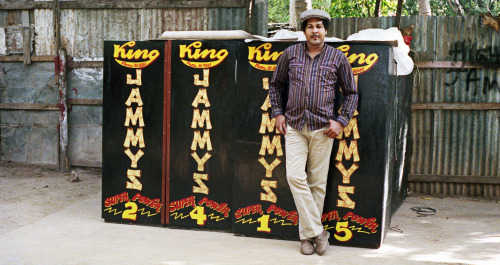 In 1989 the late Finnish reggae ambassador Tero Kaski issued Beth Lesser’s book “King Jammy’s” through Black Star Press. Actually it all started when Ray Hurford of the UK reggae publication “Small Axe” had asked Beth Lesser to write something for him on King Jammy. Beth agreed, but as the article evolved it grew and grew, and thus became more or less a book instead of an article. When Ray Hurford received Beth’s writings and photos he was very impressed and understood it simply had to be published as a book. He contacted Tero Kaski and the rest is history. Together with a book on the ruling Volcano sound system titled “Reggae Inna Dancehall Style” (written by Tero Kaski and Pekka Vuorinen and published in 1984) it became an essential book for any reggae dancehall fan. Beth Lesser’s book provides a very good insight in the prominent and innovative role producer Lloyd James aka King Jammy has played in reggae’s story from the eighties through into the nineties.

Let’s introduce Beth Lesser. She’s a very gifted photographer and a fine writer who traveled with her husband Dave for almost the entire decade of the 1980s back and forth between their Toronto home, New York City, and Kingston, Jamaica, collecting reggae records for his radio show and material for their well-respected magazine, “Reggae Quarterly”. When they were in Kingston they spent a lot of time in Jammy’s yard on St. Lucia Road, Waterhouse, which served as both his home and studio. Thus they were able to watch part of reggae history unfolding. Beth Lesser’s reggae photographs have appeared in publications such as Echoes, Wire and New Music Express, to name a few, as well as on LP and CD covers. A number of her photographs are now on display at the Reggae Explosion museum in Ocho Rios, Jamaica.

This is the reissue of the “King Jammy’s” book, now published by Canada’s ECW Press. In contrast to the first issue it contains more interviews, text, and pictures. Added are selections from “Reggae Quaterly” including articles on Half Pint, Sugar Minott’s Youth Promotion, King Kong, Admiral Bailey, Pince Jazzbo, George Phang and Tiger. Furthermore the book features a Jammy’s discography which was provided by Ray Hurford and Andrew Lee.

“…King Jammy’s looks at one of Jamaica’s legendary sound system owners and record producers – the man credited with saving reggae music by injecting it with new life through the development of digital rhythms. The fresh sound that was coming out of Jammy’s studio was upbeat, aggressive, and thoroughly modern in its use of electronic drums and keyboards. This book makes no attempt to cover the history of reggae or search out the roots of this popular musical form. Instead, it takes a detailed look at the musical history of one man, the legendary King Jammy, and intertwines his unique story with a portrait of the times in which he lived and worked.”

If you want to check the rise of dancehall music you can’t go wrong with this book. Besides the unique overview of the day to day runnings at King Jammy’s studio you’re told about the arrival of digital riddims in the Jamaican dancehalls with of course the “Sleng Teng” starting it all. Also of interest are the parts in the book that give a good insight in the preparation that goes into the serious business of sound clashes.

Beth Lesser’s affectionate narrative makes that is seems as if you were there. It even comes so close that you litterally feel the vibe she experienced during her stays in Kingston. She truly offers a rare glimpse in the lives of the artists, engineers, deejays, selectors, gatemen and ghetto-dwellers who played a part in the making of this musical legend. Once you’ve started reading, it grabs you in such a way that you’re not able to stop.

Only one arguable minus we just have to point out. The publisher has chosen to come up with an up to date design. Nothing wrong with that. However, all those unique reggae photographs have gotten a kind of artistic treatment that affects the authenticity and beauty of the original material. A real pity, but on the other hand this is such an essential book that you just have to purchase it. So, ignore at your peril!