Itations Of Jamaica and I Rastafari 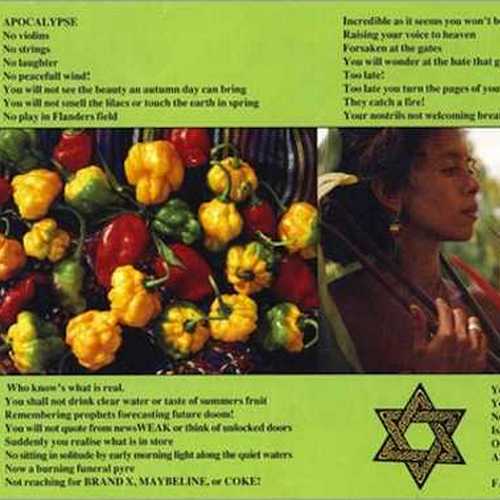 ITATIONS OF JAMAICA AND I RASTAFARI

“Itations Of Jamaica and I Rastafari” is a remarkable three volume Trinity / Trilogy of books. Over a decade in the making Mihlawdhd Faristzaddi’s truly beautiful books represent a colorful and poetic expression of the culture, music and spirituality that are embodied in the worldwide movement known as Rastafari. These little editions are nicely bound and stuffed with page after page dazzling color photographs interspersed with poetry, lyrics, Biblical quotations and meditations about the nature of Rasta consciousness.

Mihlawdhd Faristzaddi, Jamaican of Arab, Jewish, African, European, and indian ancestry, is an English trained graphic artist and photographer. “Itations Of Jamaica and I Rastafari” is his “Itation” (meditation) of the manifesting culture and the beautiful Caribbean Island of Jamaica. His books are the record of the “I and I” that is his personal history, the history of Jamaica – in the metaphor of the Jamaican creole experience.

Each book explores different themes, but the three together are an almost seamless whole in the concept and presentation. The “First Itation” is the most concerned with Jamaica, proclaiming itself to be “An iconography and meditation about Jamaica and the uprising of the most controversial culture and philosophy of Rastafari.” The “Second Itation” is mostly concerned with the land of Ethiopia. The “Third Itation” brings it all together with the heartbeat riddim known to all creation as Reggae Music.

The three volumes are a 640 page one of a kind unique photo essay which stands not as a book about Rastafari and the culture, but rather one created from the heart of IHI and IHI, that IS the RASTAFARI NATION and people and THEIR message to the world; their theology and “reasonings” – poetry and songs in praise of Rastafari. “Itations” is a unique book, a contemporary revelation dealing with the spirit of Rastafari as it is evolving in the world at large today. The Biblical passages are inspirational, there are many poets and writers with their “reasonings – a dialectic line of discussions which Rastafarians engage in when gathered together to give thanks and praise.” There are also many Sistrin poetesses with their words of liberation, sister like Sister Faybienne Miranda, Sister Farika Berhane, Askale Mirriam, Daughter Jeenih, Sister Jennifer Gad, Sister Sheilah, Sister Netifah, Sister Asherin Gad amongst many other Ihiyaahtahzhs (daughter) of Rastafari, Sister Alika Selassie with her Twelve Tribes reasoning, Sister Nigisti Selassie with the Knowledge of the Ancient and Divine. 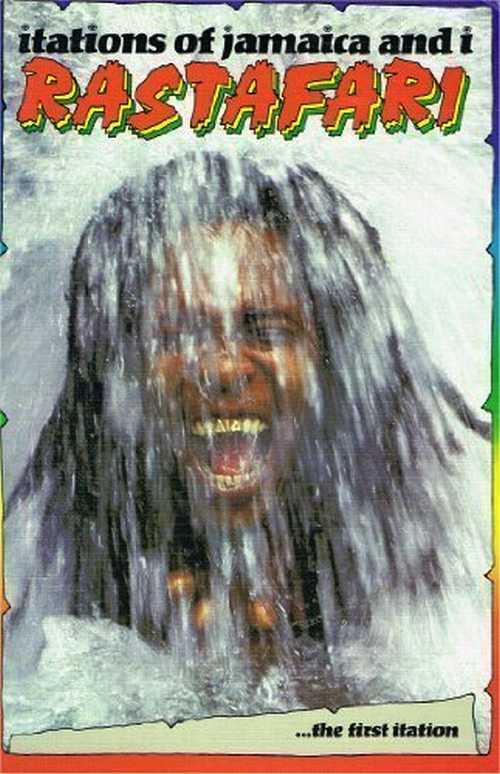 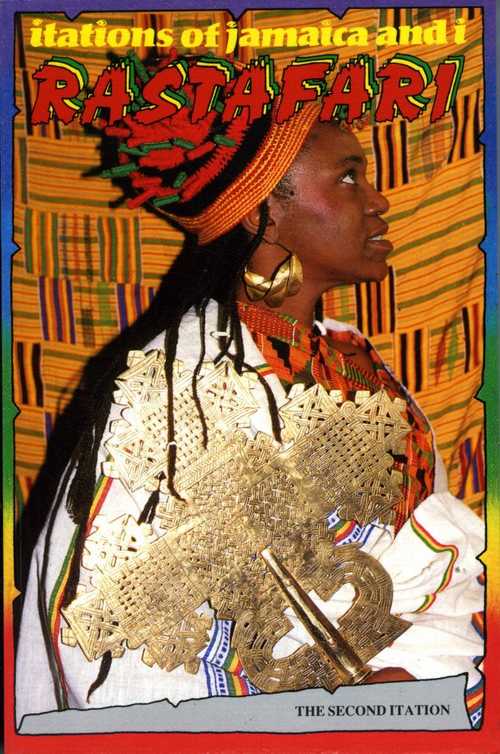 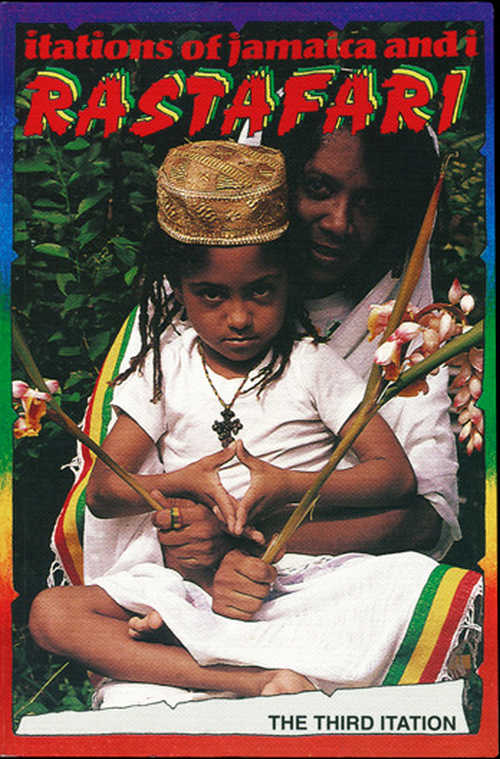 Here’s a summary of each volume.

Interwoven into the pictorial images of many Rastafarians in their natural surroundings are twelve collage like texts (The Setting For The Scenario) which explain elements of history, the beginning of the movement, concerns of the contemporary life, merging religion and politics, questioning mores, breaking the old conventions and creating a new image for the millennium. It is the collective experience of the IHI and IHI, the revolutionary spirit which is Rastafari. There are selected Biblical passages and a collection of prose and poetry from many leading Rastafarian poets. Dub poets and sisters with their poems of protest and liberation. There is creative text about Ethiopia and the return to Mother Africa, about His Imperial Majesty Haile Selassie I, Marcus Mosiah Garvey, Ganjah as their religious sacrament, Babylon, texts about Jamaica and Rastafari explain their ideals and aspirations.

Ital (vegetarian) foods, fruits and juices discuss the whollistic aspect, there is also Riddimistical IHI Riddims which speaks about the very important influence of music in the culture and its prominence in world Pop culture which was led by Bob Marley and the Wailers, Bunny Wailer, Peter Tosh, Third World, Black Uhuru, Burning Spear, Israel Vibration, Aswad amongst the many well known singers and players of instruments.

The Second Itation, The Revelation, expands and explores further aspects of the movement in more depth. Rastafari musical reality is illustrated with international artists live on stage, including THIRD WORLD, JUDY MOWATT, MISTY IN ROOTS, I JAHMAN LEVI, MUTABARUKA, BENJAMIN ZEPHANIAH, all beautiful pictured in various settings, mostly LIVE on stage. There is a revealing series of pictures set in Ethiopia in the Ethiopian Orthodox Church showing the celebrations of Maskram (the finding of the true Cross), the huge and thunderous Koborro drums used in the ritual chanting of the Church, there are the awesome Tabots (the representatives of the Ark of the Covenant, said to have been taken to Ethiopia by Menilik, the son of the Queen of Sheba and King Solomon), there are the priests and deacons in church robes with the huge ornate gold and silver ceremonial crosses, the church and its collection of icon wall paintings and the reality of the Holy of Holies.

There are some in depth theological Rasta reasonings featuring Message from the IHISEHMBLE of Elders in Jamaica by Jah Stone, the Godhead of Rastafari by Jah Bones, the Armageddon World War by Ras Joel Lawson, the International Rastafari Credo, the Holy Tabots of Ethiopia, Sheba’s journey to Jerusalem to King Solomon and other texts from the Kebra Nagast (the Glory of the Kings of Ethiopia) and many other writings written as a kind of “Revelation Reasonings” to the readers from Rastafarian writers, poets and theologians of the movement.

Itations three continues with the word, sound and power of Rastafari with many poems/songs of praise to Rastafari, as well as important Biblical passages which are used to embelish the iconographic photographic.

To order the books, go to amazon.com for all the details.