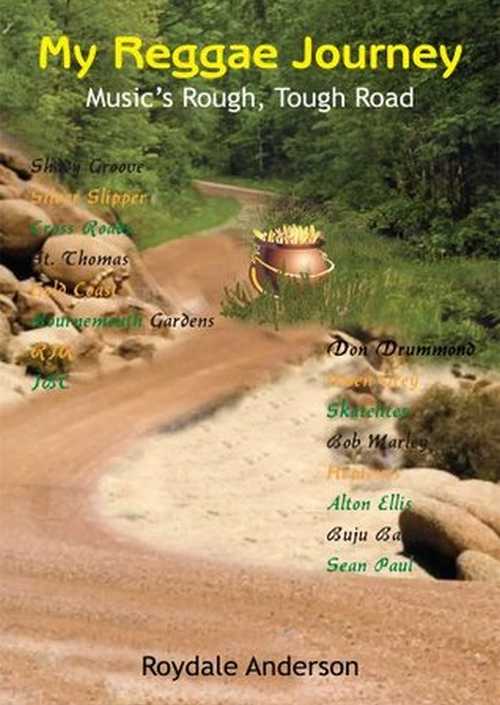 Roydale Anderson (aka Andy or Benno) isn’t a well known reggae producer, but one cannot say he didn’t work with the best as he recorded with artists and musicians such as Gregory Isaacs, I Roy, John Holt, Jahmel, Garth Dennis, the Barrett brothers (Carlton and Aston – drums and bass – Wailers’ original members), Lloyd Parks, Earl “Chinna” Smith, Tony Chin, Augustus Pablo, Earl “Wire” Lindo, Santa Davis, Bongo Herman, Dean Fraser, Nambo Robinson and Dirty Harry. Encouraged by his family and people like Chantell Treasure and Ron Diedrick he decided to pen his autobiography. A self described “music junkie”, Andy’s music involvement has spanned five decades and thousands of miles. He has witnessed the birth of the underground reggae music in his native Jamaica and now watches proudly as reggae music has gone both worldwide and mainstream. Today, he resides in Ustate New York, but despite being far from his homeland, his heart and mind will always be lodged in the country of his birth.

“My Reggae Journey” takes the reader on a very personal journey into the world of early Jamaican music spawned by American Blues from New Orleans, Louisiana to Memphis, Tennessee, a genre of music loved by Jamaicans. In Chapter One, titled “Early Musical Influences”, Andy recalls the clubs of Kingston, and the lovely beaches of St. Thomas, where numerous sound systems (discos) competed with each other. People from all parts of the Island flocked the clubs and beaches of St. Thomas on most Sundays. He mentions the big tunes of that era, tells about the great DJ King Stitt, Duke Reid and Coxsone Dodd (confesses that he favored Coxsone because of the style in which he played his records). Also about artists like Alton Ellis, Prince Buster, Delroy Wilson, Jimmy Cliff, Derrick Morgan, Jackie Edwards and Laurel Aitken who paved the way for the others to follow.

Particular interesting is the following chapter in which he tells about meeting Osbourne Ruddock aka King Tubby in 1957. From the very first moment he met him it was obvious that Tubby was a genius. Andy and Tubby became friends and thus Tubby kept playing a role in Andy’s (musical) life. It was late 1963 that Andy left Jamaica and migrated to the USA, where the Bronx NY became his new home for the next thirteen years. There Jamaican music started to gain acceptance and popularity, through “basement parties” and social clubs. Reggae literally “exploded” when Caribbean record stores emerged in the late 1960’s. New York radio stations aired Caribbean music on weekend shows, and gained attention and interest from the public. Caribbean radio personalities used their popularity to promote Reggae shows in Bronx, Brooklyn, and Queens.

Andy’s Record Store emerged in 1970. Demands from customers took him back to the streets of Kingston, Jamaica, purchasing and exporting music to USA and Canada. Interesting stories which provide a good insight of what was going on in Jamaican music business in those days. He doesn’t hold back the problems he encountered with people in the music business. In Chapter Eleven he writes about the lack of confidence, trust, fairness, and jealousy in the music industry. It was actually singer, writer and producer Keith Hudson, with whom Andy had developed a friendship, who told him to produce his own records. Thus he started working with artists like Gregory Isaacs, I Roy and Black Uhuru. Andy’s journey ends in Upstate New York, as band manager, producer, and promoter.

Roydale Anderson has written a very entertaining book with many notable anecdotes and useful information about leading artists and producers from Jamaica’s musical history. All in all this book is highly recommended!