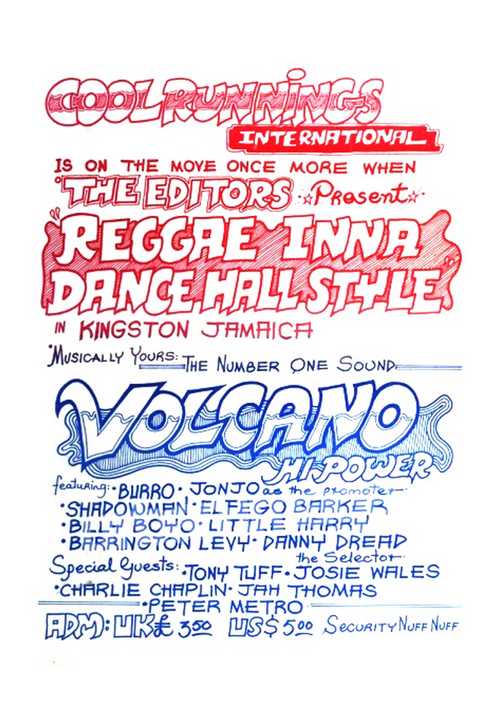 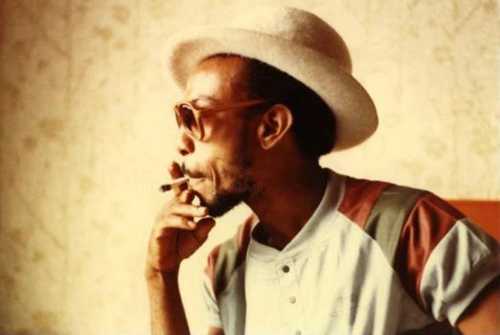 The late Tero Kaski and Pekka Vuorinen, both from Finland, were brought together in the late 1970s due to their love for reggae music. What started as trading records, listening to them together and traveling abroad to buy records and to see various concerts by Bob Marley, Black Uhuru and others ended up in publishing the “Cool Runnings” magazine. The reggae magazine received a good response, because all the issues they published were sold out, about 300 copies each. However, the magazine business stopped because they kind of ran out of steam with it. Besides that it was hard work as they did everything by hand with typewriters, scissors and glue.

Tero Kaski and Pekka Vuorinen wrote the book “Reggae Inna Dance Hall Style” in 1984, actually the same year that they stopped publishing “Cool Runnings” magazine. In 1983 they had decided to visit Jamaica to see what Dancehall, the biggest thing at that time, was all about. That trip inspired them to write a book to give the reader a glance to reggae as seen from inside, in the eyes of the people who make it. In the Forward they say… “We don’t start analyzing the whole thing in our own inadequate words, but let the people participating in the process speak their minds.” And that’s exactly what this book is all about. “Reggae Inna Dance Hall Style” is a notable publication… essential to say the least!!

When Tero and Pekka went to Jamaica, Volcano sound system of Henry “Junjo” Lawes, the most important producer and sound system operator of the early 1980s, was beginning to gain a lot of recognition after only a couple of months in operation. This book incorporates illuminating interviews with “Junjo Lawes” and practically everyone associated with him including Barrington Levy, Burru Banton, Billy Boyo, Little Harry, El Fego Barker, Little John, Ranking Toyan, Shadowman and selector Danny Dread. In true dancehall style & fashion they have also featured interviews with special guests such as Peter Metro, Tony Tuff, Josie Wales, Lady Ann, Jah Thomas and Charlie Chaplin. Particular interesting is the chapter with Denzil Naar aka Sassa, the people’s promoter. He’s the designer of the handwritten dance hall posters that invite you to a dance coming. Sassa’s distinctive work is featured on the cover of the book and on several other pages. Furthermore this book contains some great photos, printed in colour and black white.

When you can lay hands on this book don’t hesitate… just take it ’cause you won’t be disappointed!!