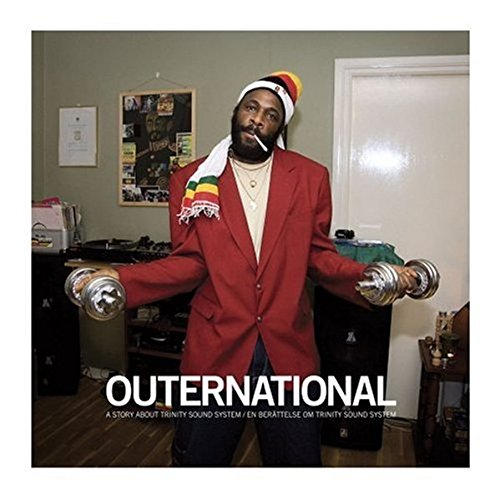 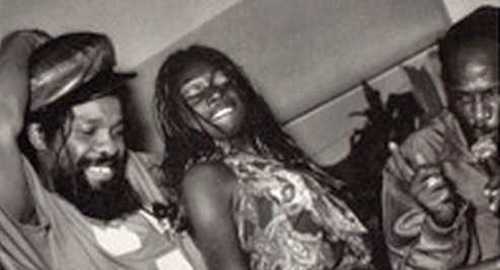 “Many feel that culture has its place in time and space. But the members of Trinity Sound System, from Sweden, show that it can be spread regardless of such borders. They relate to identities such as West Indian, Swedish and Rasta in their own world of music and internal codes. “Outernational” is a window to their life and culture.”

Kalle Assbring has been following Trinity Sound System closely since 2002. He was born in 1975 in Stockholm, where he works as a freelance photographer. The last photo for Outernational was taken in November of 2006. Nils Åkesson works as a journalist and writer, and has contributed the interviews and reports. He was born in 1974 in Stockholm. Foreword is written by Norman Stolzoff, doctor of anthropology and author of “Wake The Town And Tell The People: Dancehall Culture In Jamaica”.

Sound systems, mobile Reggae clubs, constantly travel back and forth across Europe to play the latest singles and pit their style and skill against each other. While the roots of Reggae and dancehall lie in Jamaica, they are part of a global network, an ongoing musical diaspora. “Outernational” is a book about the West Indians Daddy Boastin, Fabulous and Isa, who found love in Sweden and remained, and how, together with Flash, a Swede, they run Trinity, Sweden’s best established sound system. It also describes culture clashes in a country where religion seems to have lost all meaning. Trinity hold onto their culture all day long, all year round. They live their own Stockholm version of the West Indies in the suburbs of Hässelby, Rotebro and Bagarmossen. They offer their Swedish audience a slice of the Caribbean, and represent Sweden when they perform in Reggae clubs throughout Europe. In “Outernational”, the reader follows them home, partying with the Swedish Reggae star Million Stylez, on dub tape recording with Frankie Paul, on trips to Germany and at a motorcycle party in Enköping.

Overall opinion is that “Outernational” is a beautiful 120 pages hardback, which fully benefits from the wonderful photography and to the point writings (in Swedish and English!). Even though it’s about a local sound system which isn’t known to a wide audience, it’s throughout worthwhile reading, and above all a real joy to look at those wonderful, often very atmospheric photos.

“Outernational”… the story of identity, dreams, community, happiness, music and faith, and a trip into an expanding subculture.