The Small Axe Guide To Dub THE SMALL AXE GUIDE TO DUB 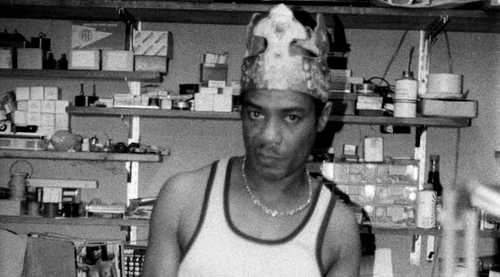 In 1978 Jamaican popular music was dominated by the Rockers sound and artists like Burning Spear, Culture, The Congos, Big Youth, The Mighty Diamonds, Dillinger, Tapper Zukie, Lee Perry, The Ethiopians and Max Romeo had became cult heroes. During the Rockers era, which roughly took place from around 1975 to 1979, Reggae had gone international and the world discovered its unique vibe.

It was on 29th September 1978 that Ray Hurford — initiator of all “Small Axe” activities — put out the first issue of the Small Axe reggae fanzine featuring Augustus Pablo and Gregory Isaacs. Since then he has been responsible for some great contributions to the writings about reggae music. He, in association with other reggae aficionados like Chuck Foster, Joachim Kalcidis and his sorely missed friends Tero Kaski and Colin Moore, issued acclaimed books like “More Axe”, “More Axe 2”, “More Axe 7”, “More Axe 8”, “Rhythm Wise”, “The Small Axe Reggae Album Guide – Singers”, “The Small Axe Reggae Album Guide – Deejays” and “The Small Axe Guide To Rock Steady”. It’s an unique series of books, not only because of their content, but also as there hasn’t been anyone else (as far as we know) who has been so prolific when it comes to publishing books about Jamaican popular music and besides that… always selling them for a truly fair price.

“The Small Axe Guide To Dub”, written by Jim Dooley, is the latest but certainly not the last book issued by Ray Hurford. The 200 pages paperback starts off with an extensive introduction, which begins with Jim Dooley stating:

“The aim of this book is to provide a good sampling rather than an exhaustive look at Dub. Given the sheer number of Dub albums (some of which are nearly impossible to find) a comprehensive look at the genre would require an undertaking many times the size of this one. Even by mid-1977 a Black Echoes writer could list some 125 Dub albums and arguably the heyday of Dub in Jamaica would go on for another five or six years.”

These words of Jim Dooley fully explain what the “Small Axe Guides” are all about… these are guides with no intention of covering everything that has been released in the genre! In this case the “Small Axe Guide To Dub” introduces the reader to a whole heap of well known, lesser known and unknown Dub albums by means of reviews done by Jim Dooley and Ray Hurford. Most of the releases that have been reviewed are find-able, or at least somewhat find-able, which allows readers to follow-up their interests in the genre. Included are the works of the usual suspects like King Tubby, Lee “Scratch” Perry and Errol Thompson as well as Rhythm Sound, The Dub Funk Association and Twilight Circus to name only three contemporary Dub producers. The book concludes with Jim’s Top 20, a list of 10 Dub albums in desperate need of a proper reissue, recommended further reading, and film/video recommendations. This is a really enjoyable read and another worthwhile addition to the series.

Just like the previous issues in the “Small Axe Guide” series, this is a limited edition, so when the books are gone, they’re gone!!