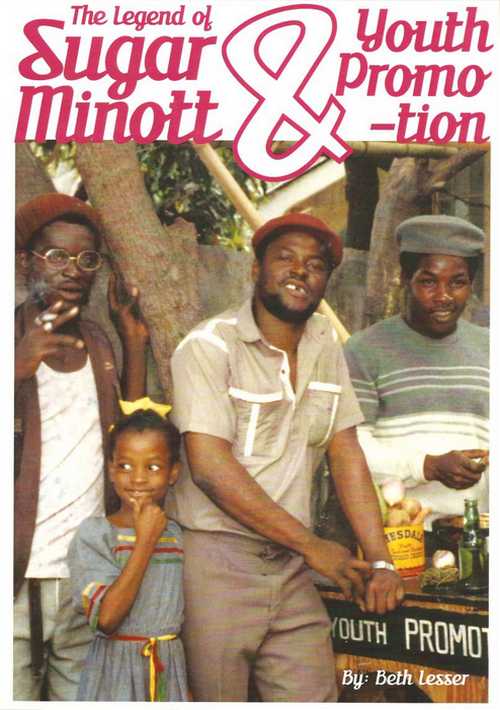 Let’s start with a brief introduction of Beth Lesser, in particular for those who have never heard of her. She’s a very gifted photographer and a fine writer who traveled with her friend and later husband Dave Kingston for almost the entire decade of the 1980s back and forth between their Toronto home, New York City, and Kingston, Jamaica, collecting reggae records for his radio show and material for their well-respected magazine, “Reggae Quarterly”. When they were in Kingston they spent a lot of time in places such as Jammy’s yard on St. Lucia Road, and at Sugar Minott’s Kingston base at 1 Robert Crescent. Thus they were able to watch part of reggae history unfolding. Beth Lesser’s reggae photographs have appeared in publications such as Echoes, Wire and New Music Express, to name a few, as well as on LP and CD covers. A number of her photographs are on display at the Reggae Explosion museum in Ocho Rios, Jamaica.

Anyone who has read her “King Jammy’s” book will have to admit that Beth Lesser’s affectionate narrative makes that it seems as if you were there. It sometimes even comes so close that you litterally feel the vibe she experienced during her stays in Kingston. Once you’ve started reading, it grabs you in such a way that you’re not able to stop. Very much the same can be said about her brand new book “The Legend Of Sugar Minott & Youth Promotion”, which has been published by Ray Hurford’s Muzik Tree.

Writing a ‘tribute’ book about Sugar Minott, who passed away in July 2010, must have been a labour of love as she and her husband, Dave Kingston, were married at Sugar Minott’s home in 1986, at a Youth Promotion dance. Beth Lesser hasn’t focussed on the obvious, the many recordings Sugar Minott has done throughout his career, but on the work he did with the community and the people he taught and inspired. Besides that it also describes how he influenced the course of reggae music. Furthermore she introduces the reader to the artists, who were associated with Sugar Minott and the Youth Promotion sound & label including Yammie Bolo, Little Kirk, Thriller, Tenor Saw, Trevor Junior, Junior Reid, Daddy Freddy, Colourman, Daddy Ants, Daddy Shark, and more.

Apart from Beth Lesser writing about her own experiences with her long-time friend Sugar Minott and putting things in context, the book also includes stories and comments from Sugar Minott himself and people who knew him well. The latter include Sugar Minott’s daughter Tamar and his brothers Ken and Earl as well as Derrick “Eric Bubbles” Howard, Jah Thomas, Peter Chemist, Ossie Thomas, Jah Mikey, Major Stitch, Junior Reid, Thriller, Daddy Ants, and Yammie Bolo. All together it gives a very good insight of what kind of person Sugar Minott really was. Not only was he a very good artist, a true legend, but he also was a very kind and generous human being who cared for the people in his community.

All in all this is a truly essential book for any reggae fan, so ignore at your peril!