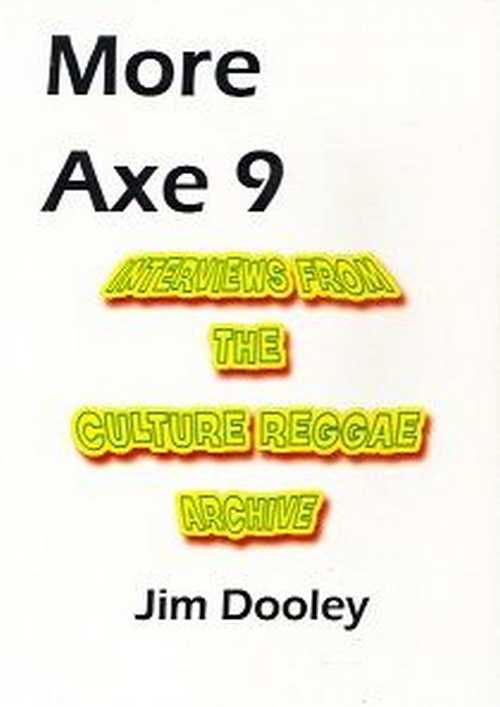 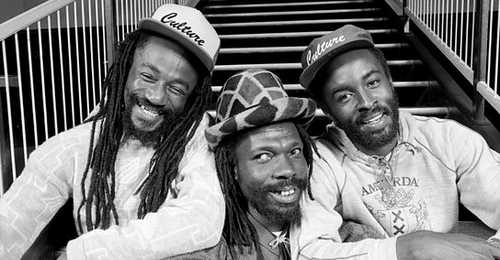 For those who purchased previous “More Axe” books, and those who intend to buy one or more of them, the numbering of the Volumes might be a bit confusing so lets first solve the ‘mystery’. From the very first start it was intended to publish articles and interviews already known from the Small Axe reggae fanzine in the More Axe” Volumes 1-6, while the Volumes 7, 8 and 9 would contain new material due for publication but never printed. It explains the jump from “More Axe 1” to “More Axe 7” and then “More Axe 8”, much later followed by “More Axe 2” and “More Axe 3”, and also why the brand new “More Axe 9” is the sixth published book in the series.

“More Axe 9” – subtitled “Interviews From The Culture Reggae Archives” – features 9 interviews done by Jim Dooley. The latter, also the writer of “The Small Axe Guide To Dub”, never planned to interview a long list of reggae musicians, singers and producers, but his interest in Joseph Hill & Culture along with his intention to write a book about the vocal group, led to conversations with others in the reggae arena in order to gather information for his ongoing project. Because many of the people he was talking to were in their own right significant, yet often under-appreciated, members of the reggae community, he conducted two interviews with each participant. One to gather information for the Culture project and another to highlight the additional merits of the interviewee.

“More Axe 9 ~ Interviews From The Culture Reggae Archives” starts with an extensive article about the Soul Defenders entitled “The Road From Linstead To Studio One”, which was published in the defunct “The Beat” (Vol. 25, No. 1, 2006). It features quotes from people like Soul Defenders drummer Vincent Morgan, Coxsone Dodd, Burning Spear, Nana McLean, and Joseph Hill. Others who worked with producer Coxsone Dodd and whose interviews are also featured in this book are Lloyd Parks, Leroy Sibbles, Larry Marshall, Earl ‘Bagga’ Walker, Cedric ‘Im’ Brooks and Glen Washington.

Furthermore there’s an interesting interview with Ambelique, who actually started his career in the late 1960’s as Ramon The Mexican, recording “Undertaker Burial” for Derrick Harriott. Also included is an interview with the late Karl Mullings, a well known producer and manager of bands like The Cougars, The Sheiks, and The Cavaliers, and artists such as Jackie Mittoo, Glen Ricks, Lovindeer and Hopeton Lewis. In summary “More Axe 9 ~ Interviews From The Culture Reggae Archives” is a great read as it contains many interesting facts and lots of information provided by those who are part of reggae history.