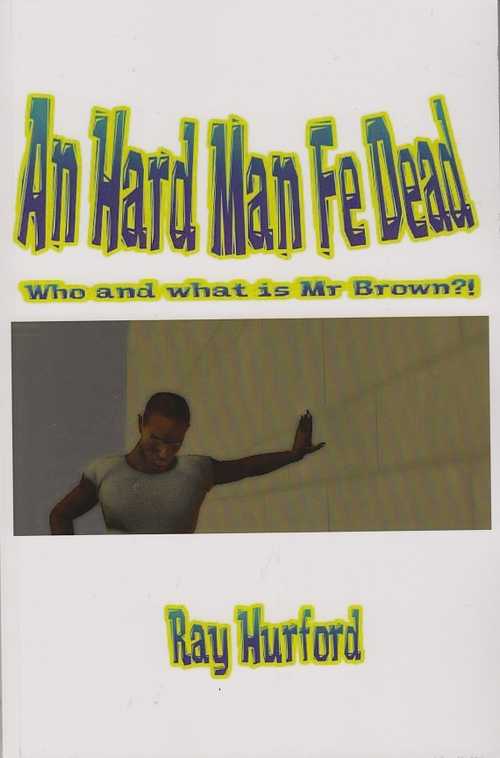 About 45 years ago the Wailers sang about ‘Mr Brown’. The song related the story of the Coffin that traveled around various parts of Jamaica accompanied by 3 crows. Bob Marley wanted to know who he was? ‘An Hard Man Fe Dead’ the graphic novel connects us to question and raises a lot more!!!

I have known Ray Hurford for more than 35 years. I meet Ray through our mutual regard for reggae music. Ray is as besotted with reggae music as I. He is as crazy for the shit when I first know him as he is mad about it today. Back then, it is Reggae George and Sang Hugh that fascinate him, then the Now Generation and others. Today, it is the Invaders.

Ray has been a loyal servant to reggae music for as long as I’ve known the man. It is the greater part of his life. Over the years, he has produced many dozen issues of his reggaezine, Small Axe, a good number of More Axe books, Small Axe files and various series, of DJs, singers, groups and producers. In addition, he is a founder of the rhythmwise books alongside Jean Scrivener and Steve Barrow, helps Finnish reggaezine Cool Runnings get off the ground and assists Beth Lesser in her musings on dancehall in book form. His Customs House flat is a conduit from which the reggae vibe spreads across the world, from New York to Peckham, from Norway to New Zealand and every place in between.

If I have any quarrel with his work, it is that he doesn’t really have anything much to say about reggae. His writing style is perhaps not the most literate and he seems to find writing to be a difficult task, whereas to a man like me, writing is relatively easy. With this graphic novel, it seems he has finally found his natural medium. His approach to his art is much more in accord with the more direct visual approach of the graphic novel than with a wad of circuitous prose, which I realise Hurford finds difficult to successfully write. The medium of the novel, where a picture and a short sentence like “And what about Larry?” says everything you need to know, is more his style.

This is, by far, the best thing Ray Hurford has ever produced and he ought to be justly proud of it. There are many reggae references in the book. The hero, Larry Gobringcome, is asked if he knows of an order of monks. “Have you ever heard of the Black Brothers?” he is asked. “The group who records for Studio One?” he answers. This had me leaping from my chair, shrieking with laughter. Camp Addis, where the Rastamen’s women and children are being killed, is described as being a Rastaman Camp, a direct reference to a Freddie McGregor tune. Even I appear, as the scribe Reelus.

This is a fantastic book, as good and as professional as any graphic novel I ever see or read. It is clever and unusual, filled with Vikings, Rastas, robots, Africans and Arawak Indians, the Holy Roman church and the Mystic Revelation of I. I can recommend it without hesitation.