The Life and Times of Joseph Hill & Culture 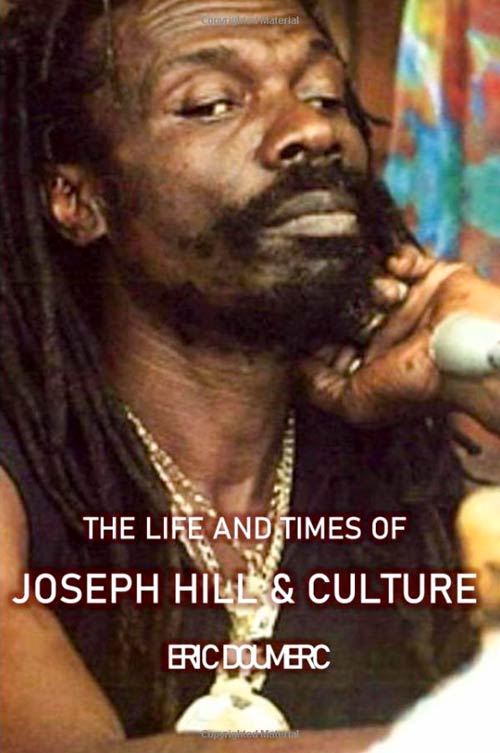 The Life and Times of Joseph Hill & Culture

Eric Doumerc teaches English at the University of Toulouse-Jean Jaurès, situated in the southwestern of France. His research interests include Caribbean poetry, music, and the Caribbean oral tradition. He edited Five Birmingham Poets, an anthology of poems by black poets from the West Midlands which was published in 2006 by Raka Books. Last year (2018) he published Jamaican Music In England: From the 1960s to the 1990s – A Historical Guide , an exploration of the three crucial decades in the growth and development of Jamaican popular music in England in its various forms especially rocksteady and reggae. His passion for and the love of Culture’s music was the main reason for writing this book.

The author delves deep into the Jamaican history to trace the development of Jamaican oral tradition. He does so by describing the days of slavery, the Maroons, reggae and politics and roots reggae to mention a few items. This long introduction is necessary to understand the musical legacy of Joseph Hill and Culture.

After this history lesson, Eric splits Culture’s / Joseph Hill’s career into three parts. First, there’s the period 1976 to 1981. The year 1976 marks the release of their album Two Sevens Clash. He describes Joseph’s time at Studio One, working with the Soul Defenders. For each period he successively discusses the albums which that group recorded during that period. In a comprehensive manner he sums up interesting facts about the albums, the musicians and the songs. He also includes the 2008 compilation set Culture and The Deejays because this set contains material recorded during that period.

The 1980s. Trials and Tribulations

The 1980s saw reggae music drifting away from cultural and religious themes. The rise of dancehall and ‘slackness’ and the birth of digital reggae in the mid-1980s contrasted essentially with the style of the 1970s. It was a difficult period for the group. The group split up in 1982 and Joseph Hill went solo but continued to use the name Culture. In 1986 the group rejoined for the album Culture At Work. Eric concludes that the lp was the set that re-established Culture’s popularity.

The nineties saw a strong revival of conscious themes, initiated by singers like Garnett Silk, Bushman, and Luciano. Culture recorded several quality sets, Humble African being one of their best albums. The final Culture album World Peace was released in 2003. Joseph passed away on August 19th, 2006 in Berlin.
Furthermore the book offers a bibliography, discography and a section called Legacy.

Eric’s book is very easy to read, it’s only down point is the lack of photos. It holds your attention and you can ‘feel’ his love for the music of Culture. The extensive reviews of the albums are one of the most interesting parts of the book for us. Highly recommended! 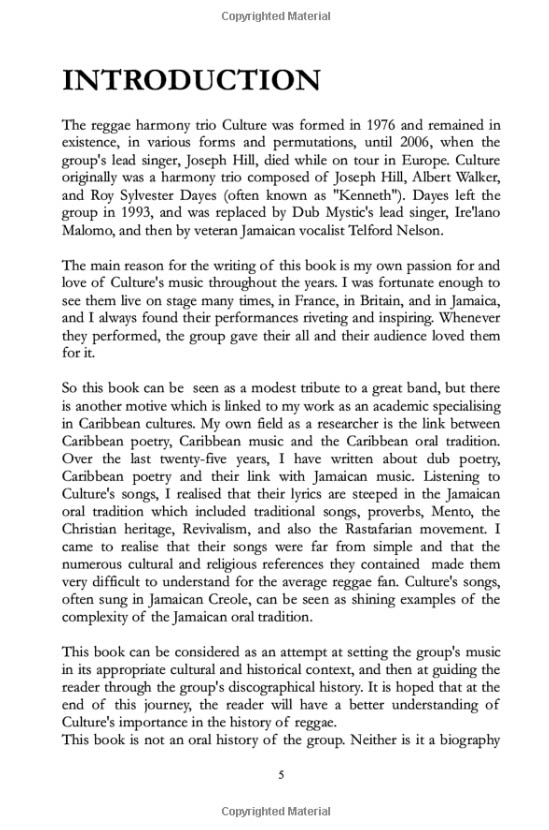 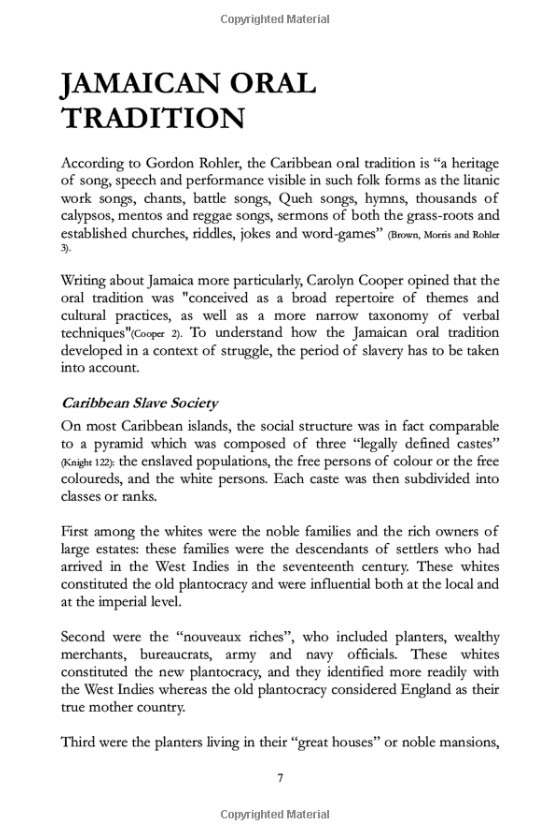 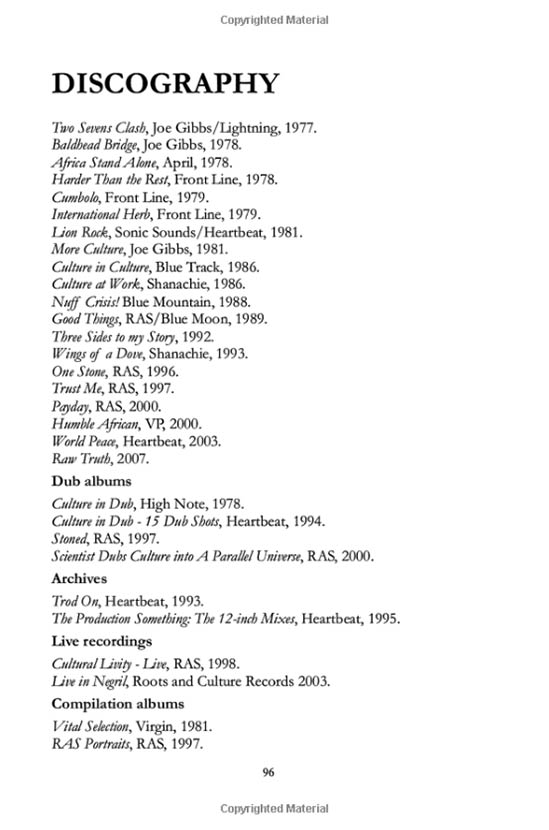