The Reggae Nation – The Global Legacy Of Bob Marley & The Wailers 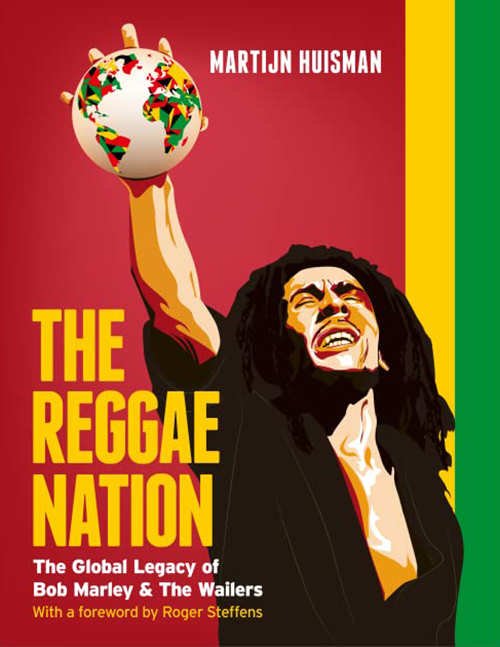 THE REGGAE NATION – THE GLOBAL LEGACY OF BOB MARLEY & THE WAILERS 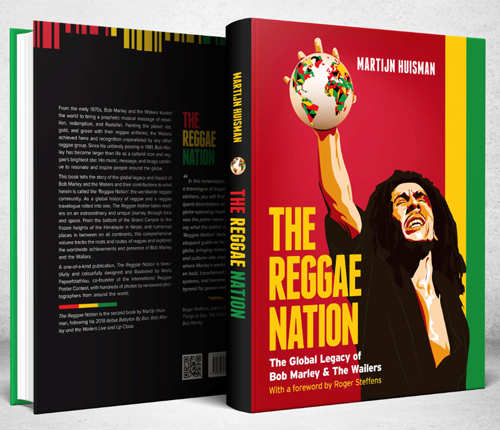 Put plainly, this hard-back book is an exceptional piece of work. That is, it’s a real ‘labour of love’, to be cherished by the reggae community. Running to over 400 pages, ‘The Reggae Nation’ is wonderfully-well packaged and produced, spilling over with an array of revealing insights on the span and depth of this much-loved musical genre that we call ‘reggae’.

According to its accomplished author Martijn Huisman, this high-quality product that was a decade in the making ‘tells the story of the global legacy and impact of Bob Marley and their contributions’ to what the author labels the ‘Reggae Nation’. In this regard it is most certainly a comprehensive and considered attempt to reveal the global impact of Bob Marley and his Wailers, albeit only after having traced the all-important historical, cultural and theoretical backgrounds of reggae and Rastafari. This tracing process also sets the record straight, via a welcome assault on the media for its misrepresentation of Marley and their neglect of his revolutionary spirit.

Though Huisman acknowledges that his book has an ‘academic flavour’, it is clearly written ‘with a broad public in mind’. So, whilst the research draws on over 700 sources – all of which are clearly referenced in the book’s bibliography – the phraseology and presentation ensures that it will prove popular, as the content is easily accessible to all with an interest in Marley’s worldwide legacy. Explaining the agenda in the foreword, the irrepressible reggae-guru Roger Steffens tells us that: ‘what makes this book different from the more than 700 Marley volumes already written in scores of languages, is the detailed intimate look into some very remote places and cultures where Marley’s works have taken hold and transformed local belief systems’. Notably, despite Steffens’ lifelong devotion to Marley and reggae, he even goes so far as to acknowledge that Huisman’s book has opened his eyes to a myriad of marvellous anecdotal evidence about Marley’s unique achievements.

When attempting to frame the book’s scope, the author explains that his work is primarily concerned with ‘roots reggae’. However, such are the trailing entrails of ‘roots reggae’, that it’s impossible to focus exclusively on this somewhat faded slice of the genre. So, when criss-crossing the globe to reveal the music’s scope, the reader is also introduced to the ever-popular dancehall, reggaeton, J-Reggae etc. styles, that are commonly categorised as reggae. Indeed, this reggae-style span also serves to support the author’s conclusion that ‘reggae was adopted, imitated, adapted, developed, transformed, mixed, fused, commercialised, commodified, and reproduced endlessly – here, there, and everywhere’, so that ultimately ‘there are now many different reggaes’.

As you’d expect from any such classic composition, the book has few typos and even fewer factual errors. Notably though, it reports that the late Jah B/Bunny Wailer spoke at the 2009 Rototom Sunsplash reggae festival ‘in Spain’. In fact, he graced what proved to be Rototom’s Italian swansong or finale, on July 9th 2009, in Osoppo, Udine. As an aside, on this visit to Italy, Bunny made a generous donation to Italian earthquake victims and spoke at the festival’s Reggae University, in a captivating exchange with Chris Blackwell (all of which was captured for posterity in Bunny’s 2013 ‘Reincarnated Souls’ triple CD and double DVD release). 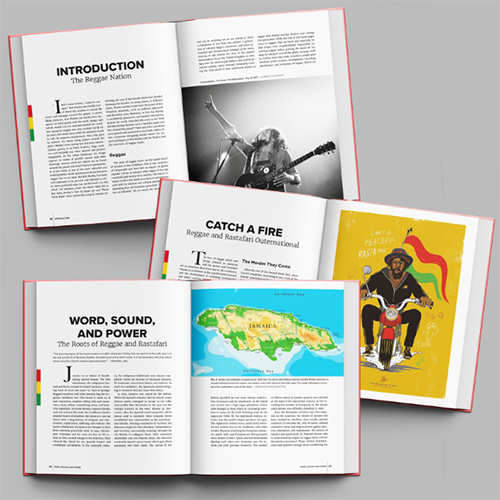 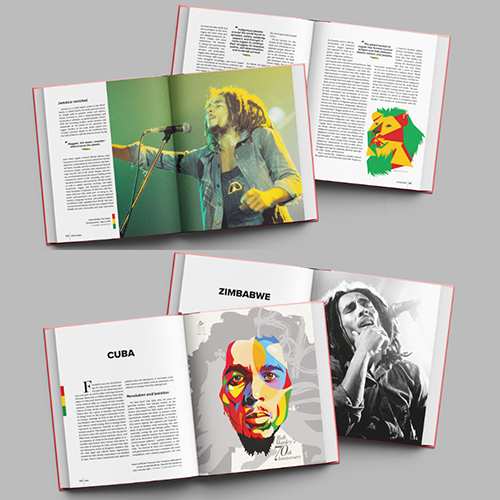 The book also claims that the ground breaking and immortal movie ‘The Harder They Come’ was first shown outside of Jamaica in the United States in 1973. In fact, after its Jamaican premiere, the first place it screened was at the Cork Film Festival in Ireland. For the record, director Perry Henzell was devastated by the Irish experience, ‘because you could hear a pin drop in the cinema’. He thought, ‘Oh my God, they hate it. I’m finished’. However, he ended up winning the prize, as the audience were just being respectful. Clearly, coming from a riotous Jamaican audience to a respectful Irish audience proved to be something of a culture shock for him!

Huisman also notes that the ‘key to understanding the spread and appeal of Rastafari outside of Jamaica is the notion of a religious and political direction’. Of course, this is true. But the magnetic appeal of its main ambassador or apostle (i.e. Marley), his outspoken position on the hot political issues of the day, together with the fact that Rastafarianism extols the use of marijuana, clearly gives it a ‘head start’ on other religions, amongst those in search of identity, inspiration and direction.

It can also be argued that the book’s celebratory ‘glass half full’ approach to the music’s expansion – which some may sense is akin to ‘scraping the barrel’, via visits to some of the globe’s more remote regions in search of the holy grail – fails to address the relatively low status in the popularity stakes of reggae, vis-à-vis many other musical genres. Nor does the book attempt to address some of the music’s limitations or controversial associations (e.g. homophobia and slackness in the ‘dancehall’, Rastafarianism’s stance on birth control measures, the relative failure to expand the music’s agenda to real ‘live’ contemporary political issues).

Anyway, at a personal level this book does delight me, not only for the new nuggets it reveals about Marley and his worldwide musical influence, but also for the (literally) hundreds of beautiful illustrations and photos peppered throughout. Indeed, most heart-warming (for me) were the selection of Eddie Mallin’s classy photos from Marley’s last outdoor concert (in Dublin in 1980), which this reviewer still has fond memories of. Indeed, similar ‘connections’ are sure to endear many reggae enthusiasts to the book, as the content (via discrete sections) visits: Great Britain, Sweden, Russia, Switzerland, Italy, North America, Canada, the United States, the Caribbean, Central and South America, Cuba, Puerto Rico, Nicaragua, Panama, Costa Rica, Suriname, French Guiana, Brazil, Africa, the Middle East, the Ivory Coast, Ghana, Nigeria, South Africa, Zimbabwe, Rwanda, Burundi, Kenya, Ethiopia, Tanzania, Asia, Oceania, Aotearoa, New Zealand, Australia, Hawaii, West Papua, Indonesia, Myanmar, China and Nepal.

Inevitably, some will be disappointed not to be namechecked in the author’s review (e.g. Goa, India’s reggae musicians and their Sunsplash festival), whilst others may bemoan the decision to avoid some sensitive subjects en route (e.g. the Israeli-Palestine conflict). However, it is to the author’s great credit that he does cover the Mugabe-Zimbabwe mess. Given the reluctance of so many Rastas to acknowledge Mugabe’s transition from freedom fighter to thug, this is an important input from Huisman. As Marley biographer Chris Salewicz concluded in respect of Marley’s visit to Zimbabwe and his ‘reception’ from the new rulers: ‘Bob Marley was pissed off’.

Likewise, it is encouraging to see Huisman acknowledge that though reggae is generally considered to be ‘a powerful song of protest’, it has also ‘been supportive of politicians in power and in the opposition’. However, any such suspect associations are more than compensated for by the book’s overall review, including its focus on the trials and tribulations of the many oppressed indigenous groups that have found solace and support in Marley’s music (e.g. the Hopi and Havasupai tribes, the Maroons, the Maori, the Aboriginals, the Wa and Uyghurs in China).

In conclusion, it is fair to say that this wonderfully-well illustrated tome is an invaluable addition to reggae’s library stock, serving to show how the genre has become a ‘glocal’ sound (i.e. linking global and local issues) around the world. It is also a great credit to its author, who laboured long and hard from a ‘crowd funding’ initiative to the eventual release of a ‘must have’ quality product, that is available at a ridiculously low price – with profits going to the HELP Jamaica charity.

As they now say around the globe: ‘Raspect’!