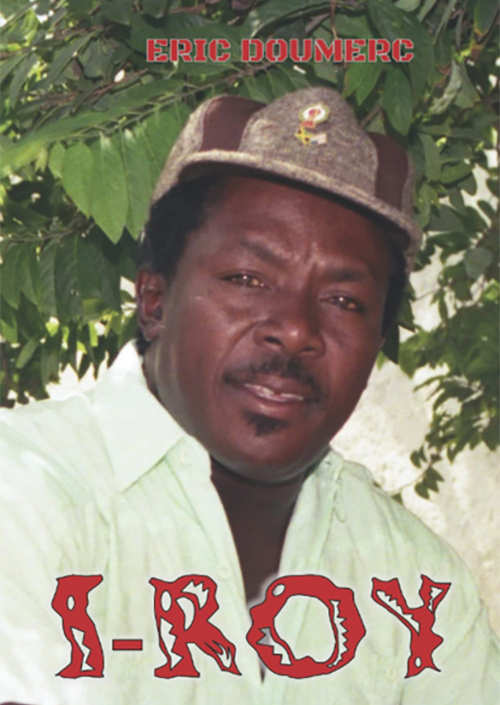 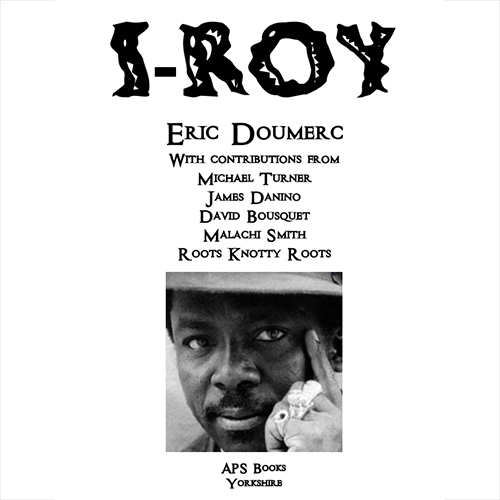 Eric Doumerc, a researcher based at the University Jean Jaurès in Toulouse whose main research interests are the Caribbean oral tradition and Caribbean music (mainly reggae), edited Five Birmingham Poets, an anthology of poems by black poets from the West Midlands which was published in 2006 by Raka Books. Then, in 2017, he published Dub Poets In Their Own Words, in 2018 followed by Jamaican Music In England: From the 1960s to the 1990s – A Historical Guide, an exploration of the three crucial decades in the growth and development of Jamaican popular music in England in its various forms especially rocksteady and reggae. His passion for and the love of Culture’s music was the main reason for writing the book The Life And Times of Joseph Hill & Culture, which was published in 2019.

His latest book shines a light on the prolific and talented Jamaican deejay I-Roy (Roy Samuel Reid 1942-1999). He was one of the most popular deejays on the island who enjoyed a hugely successful recording career in the 1970s. Known for his witty, politically incisive lyrics, often humorous, incorporating elements of songs and nursery rhymes, he recorded lots of tunes for several top producers. Reggae’s move to the dancehall era in the 1980s saw I-Roy’s popularity decline along with the quality of his output. Recurring health problems led to financial problems and periods of homelessness during the later period of his life. On 27 November 1999 Reid died from heart failure in a Spanish Town hospital, at the age of 55. Belated recognition has come following the selection of his song Sidewalk Killer to feature in the 2004 video game ‘Grand Theft Auto San Andreas’ and this book, a timely re-appraisal that reviews I-Roy’s life’s work and achievements in sound and lyrics.

In the foreword, Eric Doumerc tells the reader that he first became aware of I-Roy’s music in the early 1980s, when he started listening to reggae seriously and saw the deejay’s name crop up regularly on different various artists compilations. One of the first I-Roy tracks he heard Don’t Touch I-Man Locks on the 1976 Virgin compilation The Front Line. He quickly found out that he had released several albums with that company. Crisus Time is the one that he listened to first, and when he managed to get a copy of Whap’n Bap’n he was hooked. Later, when he lived in Birmingham UK, he discovered deejays like U-Roy, Dennis Alcapone, Big Youth, Prince Far I, Dillinger, Trinity, and many others, but I-Roy always seemed to stand out as the “intelligent deejay” or the “educated deejay”. His background in Caribbean poetry led him to focus on Jamaican deejays and the Caribbean oral tradition, and he has written a couple of pieces about Jamaican talkover artists and even a book in French (with the French researcher Jéremy Kroubo Dagniny) about the 1970s Jamaican deejays. However, to write a book about I-Roy was not self-evident. This could only be done when he could surround himself with really competent people. That’s why this book features chapters written by David Bousquet, reggae activist and deejay James Danino, and former Beat journalist Michael Turner, about a specific facet of I-Roy’s art.

After Eric Doumerc’s Foreword, the book gets really starts with a short chapter on the Jamaican toasting tradition, before the reader gets a detailed overview of I-Roy’s career as a recording artist. Next come four chapters which look at different aspects of I-Roy’s artistry. Michael Turner focuses on thirty I-Roy 45s and provides short, sharp and insightful summaries of what makes these singles truly original and powerful vignettes of Jamaican life. In the next chapter James Danino looks at the Mento and Calypso roots of I-Roy’s music and focuses on the bawdy or smutty side of his toasts. Then there’s David Bousquet’s essay about the musical feud between I-Roy and another well-known 1970s deejay, Prince Jazzbo. Eric Doumerc then looks at an often-mentioned facet of I-Roy’s art, his spoken introductions and writes about his legacy. The book is rounded off with ‘A Poet’s Tribute To I-Roy’ by Malachi D. Smith, Bibliography, and Albums & Singles Discography.

To sum up, this book is a great tribute to the late deejay. It’s very detailed and informative and the decision of Eric Doumerc to let others write about specific facets turns out to be a very good choice. Just like the The Life And Times of Joseph Hill & Culture, this new book also contains very few photos, which is a pity. But aside of that, it’s a fascinating book which will be certainly appreciated by I-Roy fans and reggae aficionados alike.