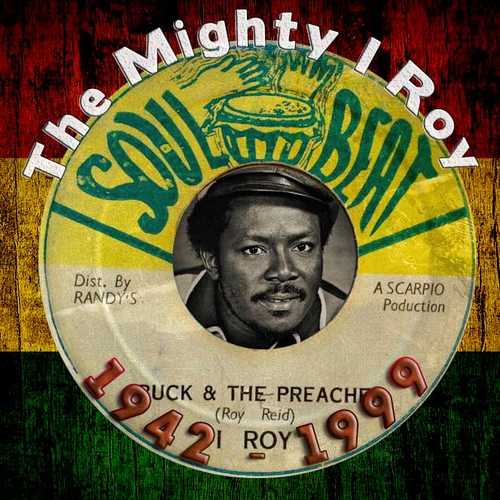 Twenty years ago this year I Roy died.
I Roy aka Roy Samuel Reid, 28 June 1942 in St. Thomas, Jamaica – 27 November 1999 in Kingston, Jamaica. He was one of the most popular deejays on the island in the 1970s. Known for his witty, politically incisive lyrics, often humorous, incorporating elements of songs and nursery rhymes, he recorded nuff nuff tunes for several top producers.

Reggae’s move to the dancehall era in the 1980s saw I Roy’s popularity decline, along with the quality of his output. Recurring health problems led to financial problems and periods of homelessness during the later period of his life. On 27 November 1999 Reid died from heart failure in a Spanish Town hospital, at the age of 55.

Here’s the Tribute Mix I made in 1999 when I heard he had passed away. A strictly ‘personal favorites’ selection. Enjoy and respect to the Mighty I Roy.
Check out the interview and the album review.