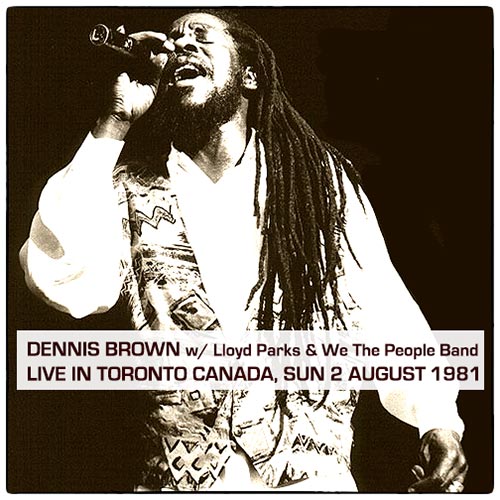 I was at the show, which was a beautiful Sunday afternoon festival at Varsity Stadium (same venue as John Lennon’s 1969 Peace concert). Dennis came on after Truths And Rights, and before headliners Third World. Expectations of the crowd were high, as since Bob had passed on a few years earlier, Dennis had the unfair mantle of “the next reggae King”. As you can hear, Dennis and the band delivered a fantastic set, which drew heavily from both his new-at-the-time A&M debut “Foul Play”, and his previous album on the Joe Gibbs label “Words OF Wisdom”. I have had the fortune of seeing Dennis 20+ times, and this is probably my favourite show. Partially because it was the first time I had seen him concert after enjoying his records, but the band is on on fire, and the setlist is stellar. This is the only time I have had the pleasure of hearing “Blood City” live. The singer and band were on, the audience was transfixed. What can be better?

I was estactic to learn that not only was it taped, but it was taped so well. – Dave Kingston