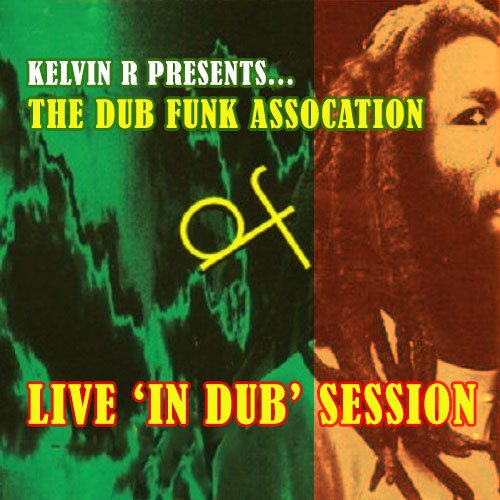 In the late 1990s we regularly received promo material from Kelvin Richards, son of immigrants from the Dominican Republic and the founder and leader of the UK-based Dub Funk Association. Launched in 1991, Dub Funk Association was the burning spearhead of next level UK dub, attempting to duplicate the sound systems’ blend of reggae and funk. It brought together the talents of a varied group of funk, dub, reggae and hip-hop producers from England, the Netherlands and Australia. The loose collective consisted of lovers and practitioners of the 1970s Jamaican roots dub sound system vibe. They took chances, they experimented when making conscious dub/reggae/downtempo music. When digging in our archives, we came across a cd-r with a Live ‘In Dub’ Session that was sent by Kelvin R. Time to share it!