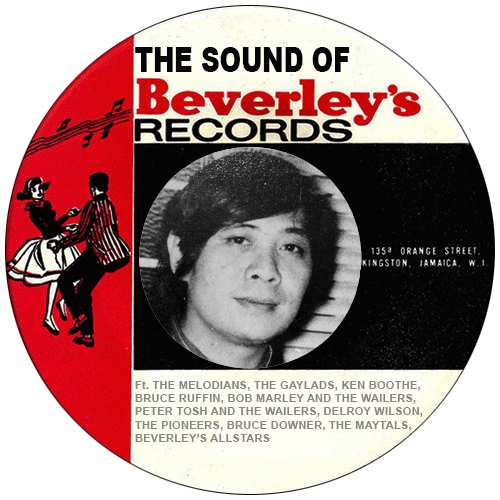 Leslie Kong started the Beverley’s record label in 1961 and was the first producer to have international hits with reggae. Chinese Jamaican Kong could proudly state that he had a selection of the best singers and vocal groups on the island. Most of them would achieve their greatest success while at Beverley’s Records in the era of early reggae. Kong also owed his success to his honest dealings with his artists (a rare quality amongst Jamaican producers in the ’60s) and the English distribution of his productions via Island records. Leslie Kong’s productions are often seen as too commercial, with an ‘uptown’ feel, lacking ‘roots’ and the mystisicm of Rastafarianism which would later be linked to the image of reggae. However, the record-buying public, both in Jamaica and England, loved it. The Beverley’s label folded with the untimely death of Leslie Kong in 1971.