The Sound Of Beverley’s Pt 2 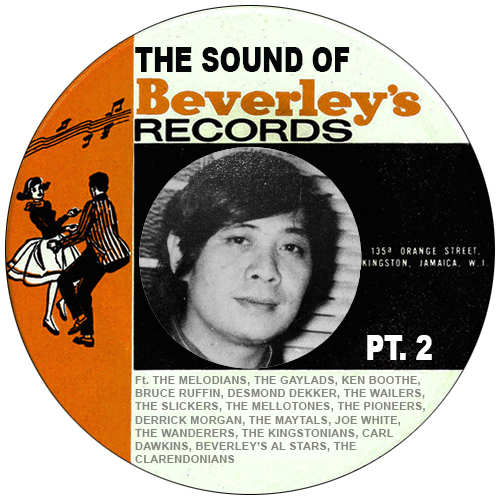 From he started the Beverley’s record label in 1961 op to his untimely death in 1971, Chinese Jamaican producer Leslie Kong worked with nearly all of the top names in Jamaican music, including Derrick Morgan, Stranger Cole, Desmond Dekker, The Maytals, The Melodians, The Pioneers, and The Wailers. in 167, he achieved a big international hits with Desmond Dekker’s “007 (Shanty Town)”, and a massive worldwide smash with the same artist in 1969 with “Israelites”. He crossed over again into the UK national charts with The Pioneers’ “Long Shot Kick De Bucket”, The Melodians’ “Sweet Sensation” and “Rivers Of Babylon”, and The Maytals’ “Monkey Man”. Only few producers came near to matching Beverley’s in terms of hit records, of which many were huge international successes.