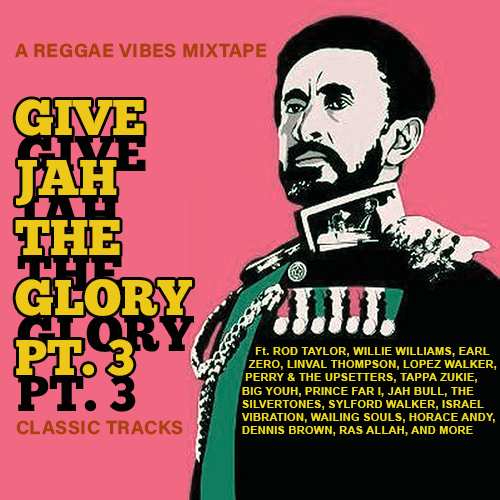 Haile Selassie inspired a faith movement beginning in the 1930s in Jamaica. The Rastafari movement was founded on a belief that pioneering Pan-Africanist, Marcus Garvey, had prophesied of the crowning of a ‘black king’ in Africa. The Ethiopian monarch became a symbol of Rastafarians, but Selassie himself was not enthused about that. And thus he stated: “Do not worship me, I am not God. I’m only a man. I worship Jesus Christ.” Here we present a spiritual reggae selection with roots songs from the ’70s and ’80s from artists who glorify H.I.M. Haile Selassie I, Jah Rastafari, the King of Kings, Lord of Lords, Conquering Lion of Judah, in one way or another.