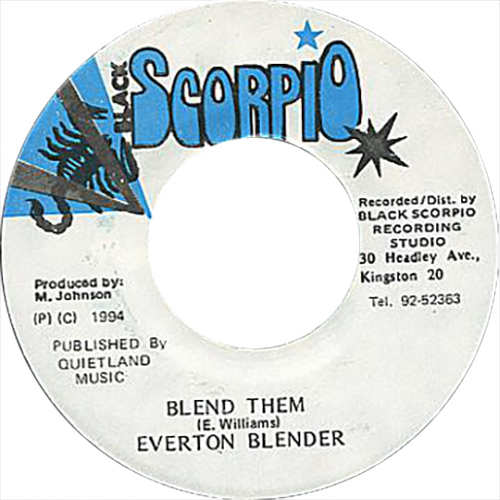 The first choice cut in our new TUNE OF THE WEEK series takes us back to the year 1995. At the time, producer Maurice Johnson aka Jack Scorpio released one of Everton Blender’s best singles entitled Blend Them. In fact, it’s a very simple song in which the singer brags about how much more cultural he is than other artists, although there are no cultural lyrics in this song. The chorus is real catchy and the riddim he was given to voice is an old one, probably best known from Barrington Levy’s Black Scorpio cut from 1988, She’s Mine.