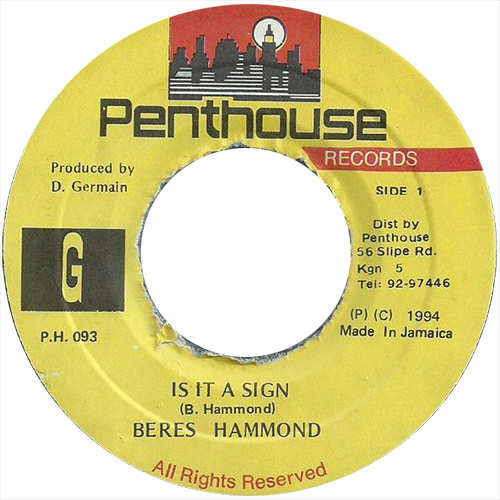 Donovan Germain, whose known for high-quality production works, always seemed to have an excellent idea of what is hot and took advantage of it. Having most of the biggest artists at his disposal didn’t hurt either. In the case of Beres Hammond’s 1994 single Is It A Sign, he reworked the Loving Was A Crime riddim by boasting up the beat but without losing the power of the original. Beres Hammond’s voice manages to portray the unsure feelings of his lyrics and makes this a moving song. Donovan Germain also released a combination version of the song entitled Well Want The Wine on which Beres Hammond is joined by rough-voiced deejay Red Fox.