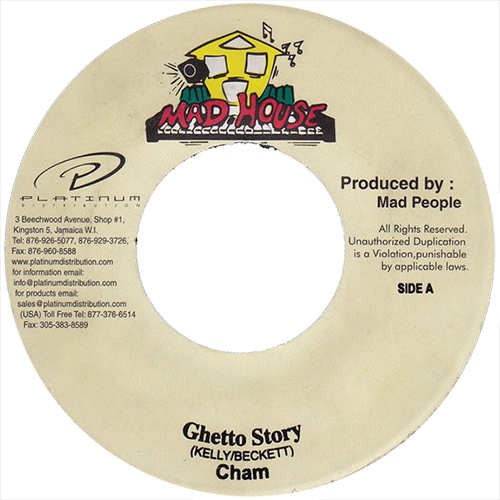 In 2005, Madhouse producer and label boss Dave ‘Rude Boy’ Kelly released the Eighty-Five Riddim with cuts from Assassin, Blacker Ranks, Pinchers, Spice, and Baby Cham aka Cham. In particular, the latter’s cut across the addictive riddim titled Ghetto Story was so huge that it found a massive audience worldwide. In 2006, it was even followed by a second and third version of the song in collaboration with Akon and Alicia Keys respectively. Ghetto Story is a survival’s tale with vivid lyrics about life in the streets of Kingston. Cham’s incredible delivery over a slamming dancehall throb is flung down in classic Madhouse fashion.