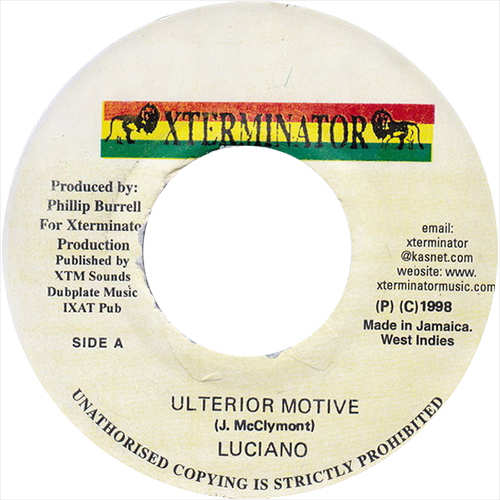 Luciano’s 1998 Ulterior Motive is one of the Messenjah’s 1990s singles that bears the mark of greatness. The song, produced by Philip ‘Fatis’ Burrell, delivers a compassionate insight into exploration over an explosive dancehall riddim, actually a relick of the riddim known from John Holt’s classic Treasure Isle tune from 1970 entitled Stealing. Ulterior Motive is a song every one can relate to. It was with these kind of singles that Luciano, who lives like he sings, won immortality in reggae circles back in the day.