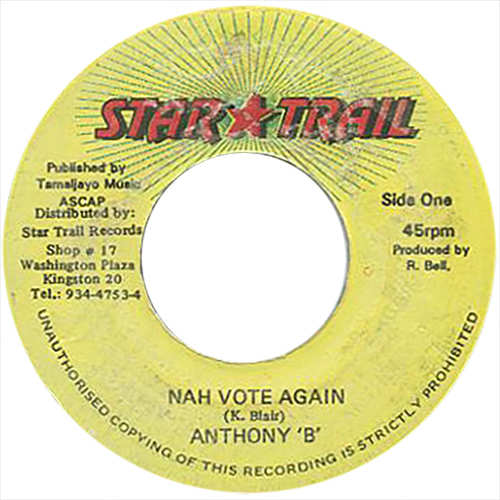 Anthony B is the living personification of Afrikan consciousness in Reggae. His single Nah Vote Again was a major factor in making the Jamaican elections of Thursday, 18 december 1997, the most peaceful one since the insidious cancer of gun violence was introduced in West and Central Kingston, prior to the elections of 1967. Like his hero, Peter Tosh, the most revolutionary of The Wailers, Anthony B is an uncompromising Pan Afrikanist, in the tradition of Marcus Mosiah Garvey, Jamaica’s first national hero and the founder and leader of the largest Afrikan organisation ever, the Universal Negro Improvement Association and Afrikan Communities League, U.N.I.A. and A.C.L.