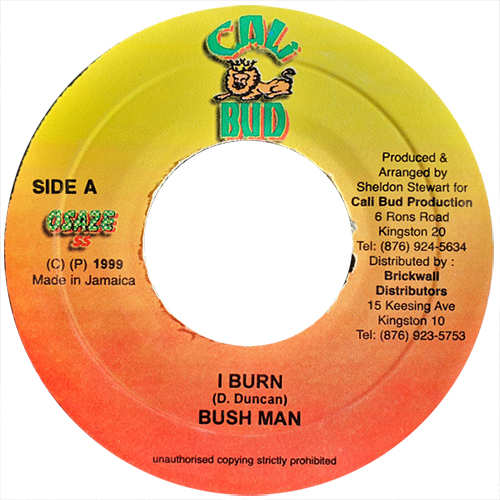 In 1999, Jamaican reggae/dancehall label Cali Bud run by Sheldon Stewart released a brace of tunes across the Zion riddim, a stepping recut of Dennis Brown’s Want To Be No General riddim. Out on the streets were 7″ singles with tunes from artists such as Sizzla, Edi Fitzroy, Admiral Tibet, Chrisinti, and Bushman. The latter burns ‘…all spies and perpretrators who try to take counsel against the Lion of Judah..’ in his song entitled I Burn.