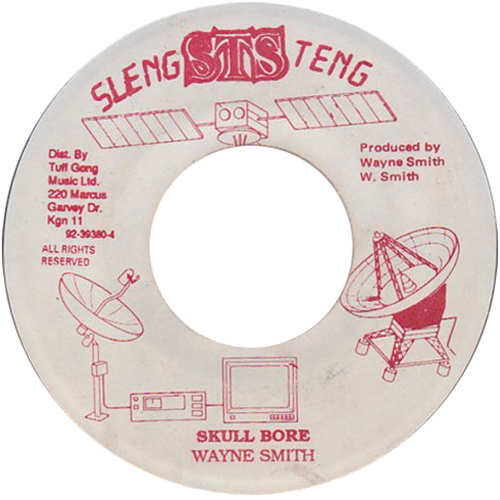 Compared with other records that were released in reaction to the murders of Jamaican artists like Pan Head, Dirtsman, and Mikey Simpson, Wayne Smith isn’t simply condemning violence with the wicked self-produced Skull Bore. Instead he looks at the roots of violence and tries to take some of the glamour out of the lifestyle. The message is sent out over two different riddims with Dance In The Arena being the riddim on Side A while Side B – although labeled as Version – plays Skull Bore over the Tempo riddim. On this relicked version of the Tempo riddim, the drum beat dominates the bass line which works to add more urgency to his message. It’s definitely the cut on the B-side that makes this record worth checking.