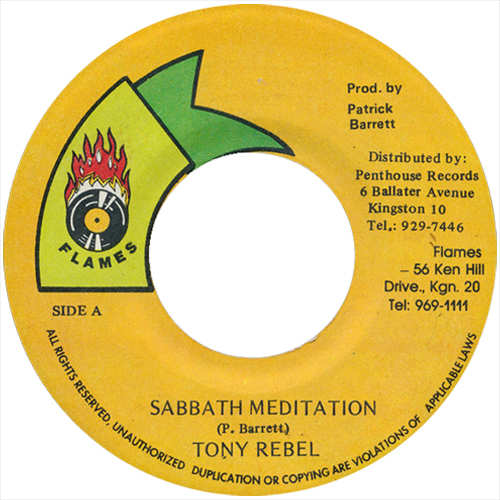 “Inna mi tabernacle ‘pon a Sabbath an’ a hold a meditation, mi life mi a preserve an’ a observe what a gwan in the nation”… Serious reality lyric from Tony Rebel, who kepth the faith from early out and was the first deejay of the early ’90s to display locks and chant primarily about “truth & rights.” Propelled by a pounding steppers riddim, which is featured in dubwise style on the flip side, the ferocious Sabbath Meditation was released in 1998 on Tony Rebel’s own Flames label. Although Sabbath Meditation definitely was one of the biggest roots tunes, it also has to be mentioned that despite tearing up the place in Jamaica at the time, it remained an underrated single.