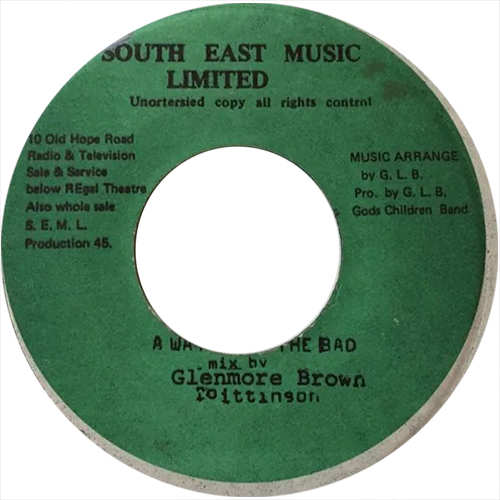 GLEN BROWN – AWAY WITH THE BAD – SOUTH EAST MUSIC

Glenmore Brown aka Glenn Brown had barely a handful of hits in Jamaica and rarely had enough money to press large runs, but the scarcity of his records ensured that he became a cult figure in reggae circles. It also made that masterpieces from his classic back catalogue like e.g. the 7″ singles Merry Up and Mr Harry Skank were much sought-after by reggae collectors. And also his single Away With The Bad – backed by King Tubby’s subtle dub version – was such a sought-after artefact. For Away With The Bad, Glenn Brown utilised the same deep roots riddim as Sylford Walker’s Eternal Day.