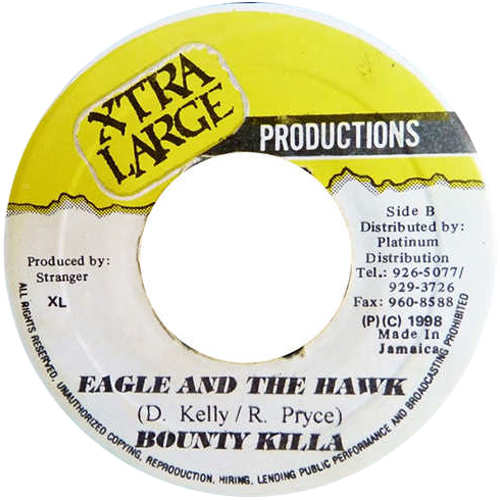 After getting into engineering & producing at Donovan Germain’s Penthouse label in the ’80s, Jamaican record producer Dave ‘Rude Boy’ Kelly started his own label Madhouse together with business partner Janet Davidson in 1991. He went on to become one of the most successful dancehall producers in Jamaica, releasing some of the most popular and influential dancehall riddims. One of them is Showtime, which represented the futuristic minimal hardcore sound of dancehall in the late ’90s. This spartan, entirely computer-driven riddim was voiced by artists such as Mr Easy, Professor Nuts, Shaggy, General Degree, Baby Cham, Wayne Wonder, and Beenie Man. Especially the latter’s Hypocrite and Bounty Killer’s Eagle And The Hawk were the riddim’s hottest tunes.