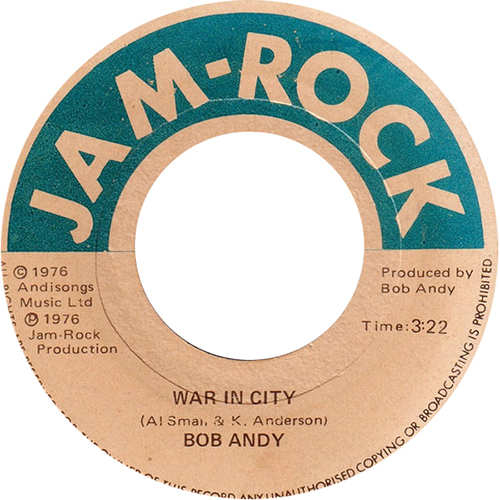 Bob Andy’s single War In The City was produced by the singer himself and the late Alphonso Small and released on Bob’s Jam-Rock label in 1976. Bob Andy once said about this tune: “He (Alphonso) is a cousin of Dennis Brown. They shot him and killed (him) in New York. He was one of those persons you just couldn’t envision, couldn’t imagine, him being in a coffin. Al was the guy who had the idea for ‘War in the City’… I finished the lyrics, we both financed it. That never even play for a month in Jamaica.” The tune is in the typical ‘rockers’ style from that period and offers serious horns riffs to make the tune even more powerful. Complemented with Bob’s ‘aching’ vocal delivery it makes this one a huge roots classic!