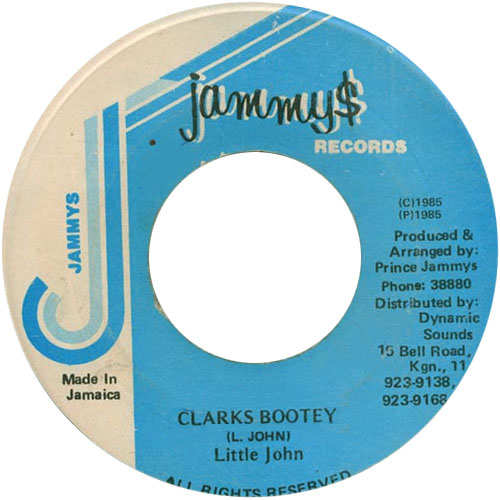 When it comes to 1980s reggae classics one can’t overlook Little John’s Clarks Booty, which has to be the ultimate Clarks celebration and like the shoes themselves has never been out of style and fashion. It was voiced in 1985 for producer King Jammy over the Father Jungle Rock riddim. In 2013, Greensleeves presented a limited edition unique Clarks Desert Boot shaped 10inch picture disc pressing for Record Store Day featuring Little John’s Clarks Booty backed with Scorcher’s Put On Me Clarks.