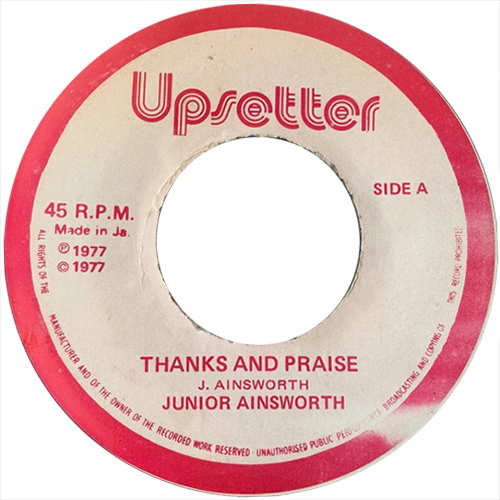 Although Junior Ainsworth’s identity remains a mystery, he’s likely the same singer who recorded the dark sounding Mr Money Man for Lee ‘Scratch’ Perry. Originally issued in 1977, the spiritual tune Thanks & Praise was recorded towards the end of Perry’s creative burst and betrayed the dark mood that must have prevailed prior to Perry putting the Black Ark on fire. Unutterably heavy, Junior Ainsworth intones his prayer in a thin, grating ‘country’ style voice while the riddim churns on beneath him. Thanks & Praise later appeared on the Build The Ark box set.