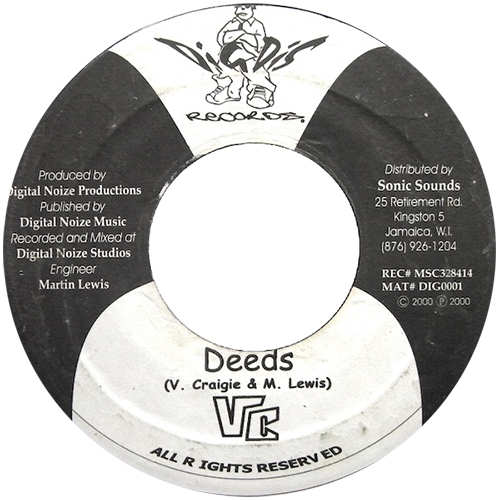 Born in England to Jamaican parents, VC (aka Valton Craigie) created a real buzz on the international reggae scene in November 2000 with his Jamaican hit record By His Deeds. Although it was the singer’s first ever record, it came like a bona fide classic and thus By His Deeds quickly became one of the most anticipated roots tunes. VC came seemingly out of nowhere, but actually, VC had been involved in the music business since the early ’90s when he started out as a discjockey with a sound called Legacy Disco, doing his work for the likes of Shaggy and other top names in the business. Furthermore he also played music in bands in Jamaica and Florida.