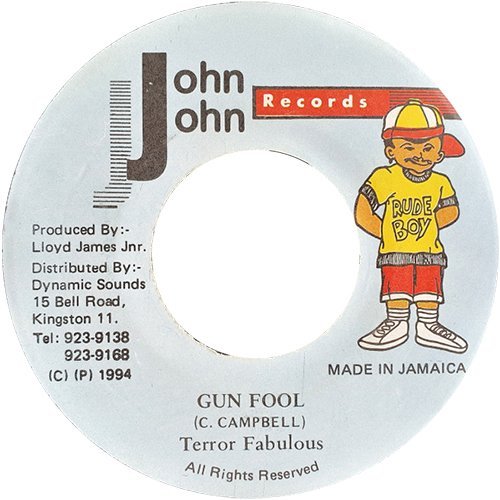 The Peanie Peanie riddim on this Lloyd ‘John John’ James Jnr produced Terror Fabulous record is incredible. The key to it is a strong keyboard-sounding bassline and a fast-paced beat. The consistency of the bass is reminiscent of riddims from the late ’80s, but it’s the beat that gave it a contemporary feel when the single was released in 1994. On top of this a variety of sounds including a live jazzy horn sample have been added. Although John John put out several other cuts on the riddim, it are in particular Terror Fabulous’ strong performance and conscious lyrics that make Gun Fool an appealing effort.