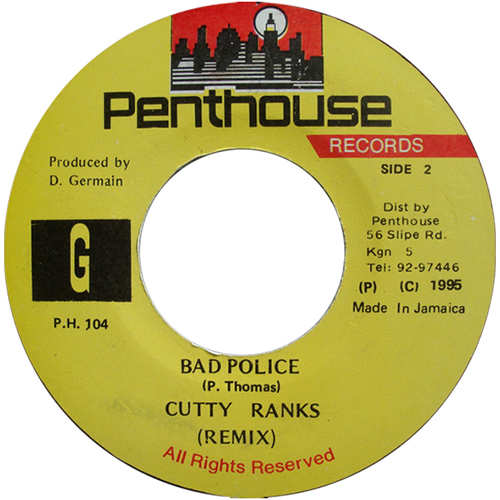 In 1995, producer Donovan Germain released two versions of Cutty Ranks’ tune Bad Police, a cut on Studio One’s resuscitated Swing Easy Riddim and a next cut on a remixed version of the riddim. The latter is dominated by a heavy bassline, but it doesn’t lack a strong beat. The horns have been taken out and some incredible keyboards have been added. The keyboards work to give both an urgency and eerie feeling to the riddim. To top it off, Cutty Ranks is incredible on what has to be regarded as one of his best singles.