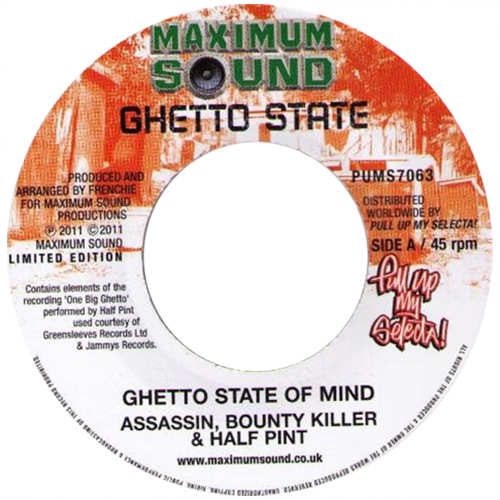 Producer Frenchie regularly delves into his own dub box to create sound system fuelled remakes of vintage riddims. For this 2011 released 7″ vinyl platter he dug up Junior Keatting’s Letter Of Zion riddim, which was first revitalized in 1984 by Lloyd “King Jammy” James for Half Pint’s One Big Ghetto. Frenchie’s new version of the riddim was voiced by Assassin aka Agent Sasco and Bounty Killer who both deliver thought-provoking incisive lyrics. Ghetto State Of Mind, which incorporates a sample of Half Pint’s One Big Ghetto, is a real killer.