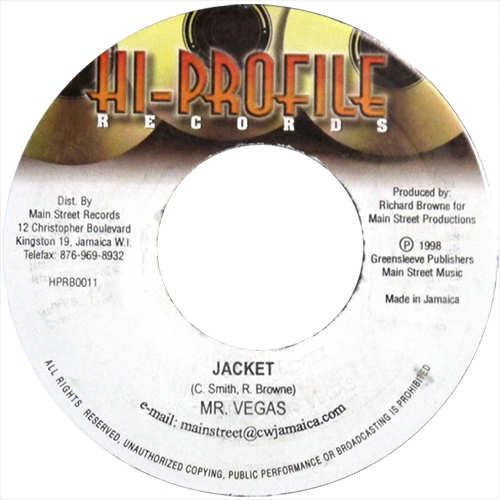 In the summer of 1998, Richard ‘Shams’ Browne created mayhem when he released the first 45s of the Baddis riddim. These included General Degree’s Bag A Tings, Red Rat’s Cyaan Sleep, Beenie Man’s Number One, and Mr. Vegas’ Jacket. The riddim proved tenacious and more pieces followed. At the time Mr. Vegas was one of the most in demand voices in the bashment world, scoring numerous hits with certain of them being phenomenally popular. Also Jacket sold like hot bread. The theme of the song is that perennial one of uncertain and strongly protested biological relationship concerning the alleged parental responsibility attributed to the singjay by an outraged baby mother of his casual aquaintance.