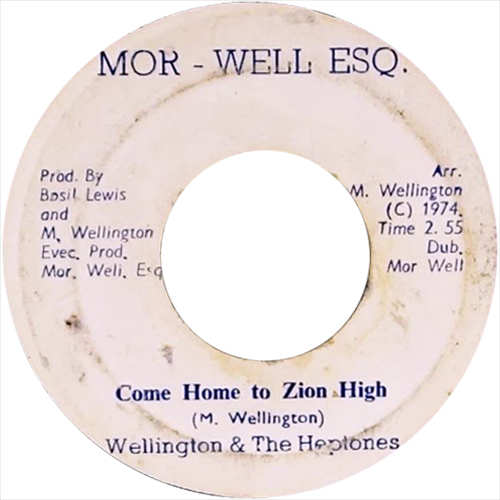 Coming Home To Zion High was originally released on the Mor-Well Esq. label in 1974 and was one of the first singles released on Maurice “Blacka” Wellington and his friend Eric “Bingy Bunny” Lamont’s own imprint that was founded in the same year. The song is credited to M. Wellington & The Heptones, aka Blacka Morwell with The Heptones on backing harmonies. A killer roots tune produced by Basil Lewis and Maurice Wellington that was reissued by Archive Records and on the label credited to Bingy Bunny & The Heptones, which might be more correct. The flip side of the obscure original 7″ single features Pleasant Valley Skank by the Mor Well All Stars, while the reissue features the track King Tubby’s Coming Home To Zion High Dub on the B side.